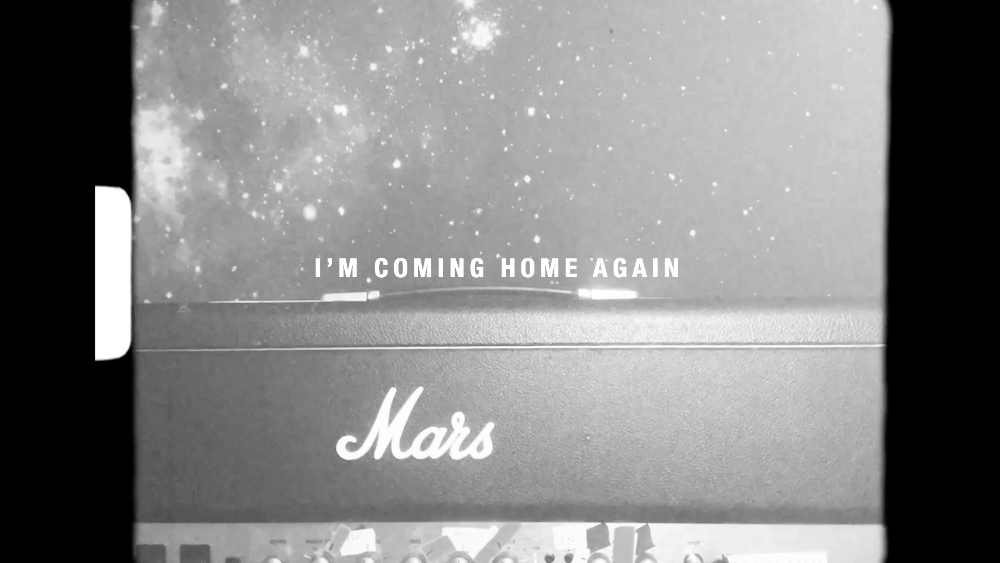 This is an album where you can hear a master at work, whose particular gift is inviting us to a beleaguered, hard-fought, and thus completely transformative transcendence. It’s good to be along for the voyage again.” –STEREOGUM (Album of the Week)

Brilliant…Pierce has made an album of all highs…Spiritualized haven’t sounded this present, and beautiful, in 25 years.” –BROOKLYN VEGAN

“One of the best Spiritualized albums Pierce has ever made.” –FLOOD

“Fresh and colorful… feels more vital than ever.” –RELIX

“Intricate, elastic, and soulful – just how the group has always intended to sound. Even their deepest trips have a down-to-earth feel.” –ROLLING STONE

Featuring a lush performance shot in black and white, the video captures an intimate rendition of Everything Was Beautiful’s epic closer “I’m Coming Home Again,” interspersed with closeups of J Spaceman and the band. Directed by Spaceman and Juliette Larthe, the footage was taken in early 2022 and filmed in the band’s Nottingham rehearsal space.

Having just completed the first run of U.S. dates in support of Everything Was Beautiful, Spiritualized will spend the summer touring the UK — with exception of a July 15 headlining appearance at the Pitchfork Festival in Chicago — before resuming their North American tour in September. The upcoming second leg of that tour will include stops in Washington D.C. (9:30 Club), Atlanta (Variety Playhouse), Milwaukee (Turner Hall Ballroom), Detroit (Saint Andrew’s Hall), New York City (Beacon Theatre) and many more.

Be sure to grab your tickets while they last, as fans and critics alike have been left buzzing with high praise for Spiritualized’s most recent run of shows:

“The band created the perfect, slow-burning ambiance that molded the night into the psychedelic, space-rock journey a Spiritualized concert is all about… an intoxicating balance of precision, psychedelic, and raucousness… Pierce and company have never sounded better, putting on a flawless show… a show that will make you think as much as it makes you listen.” –IN MUSIC WE TRUST

“Ample proof that Pierce’s decades-long approach to meticulous and labored song craft has paid dividends to attendees, especially in a setting such as this.” –THE BIG TAKEOVER

Everything Was Beautiful is out now and available at your local record store or preferred DSP.