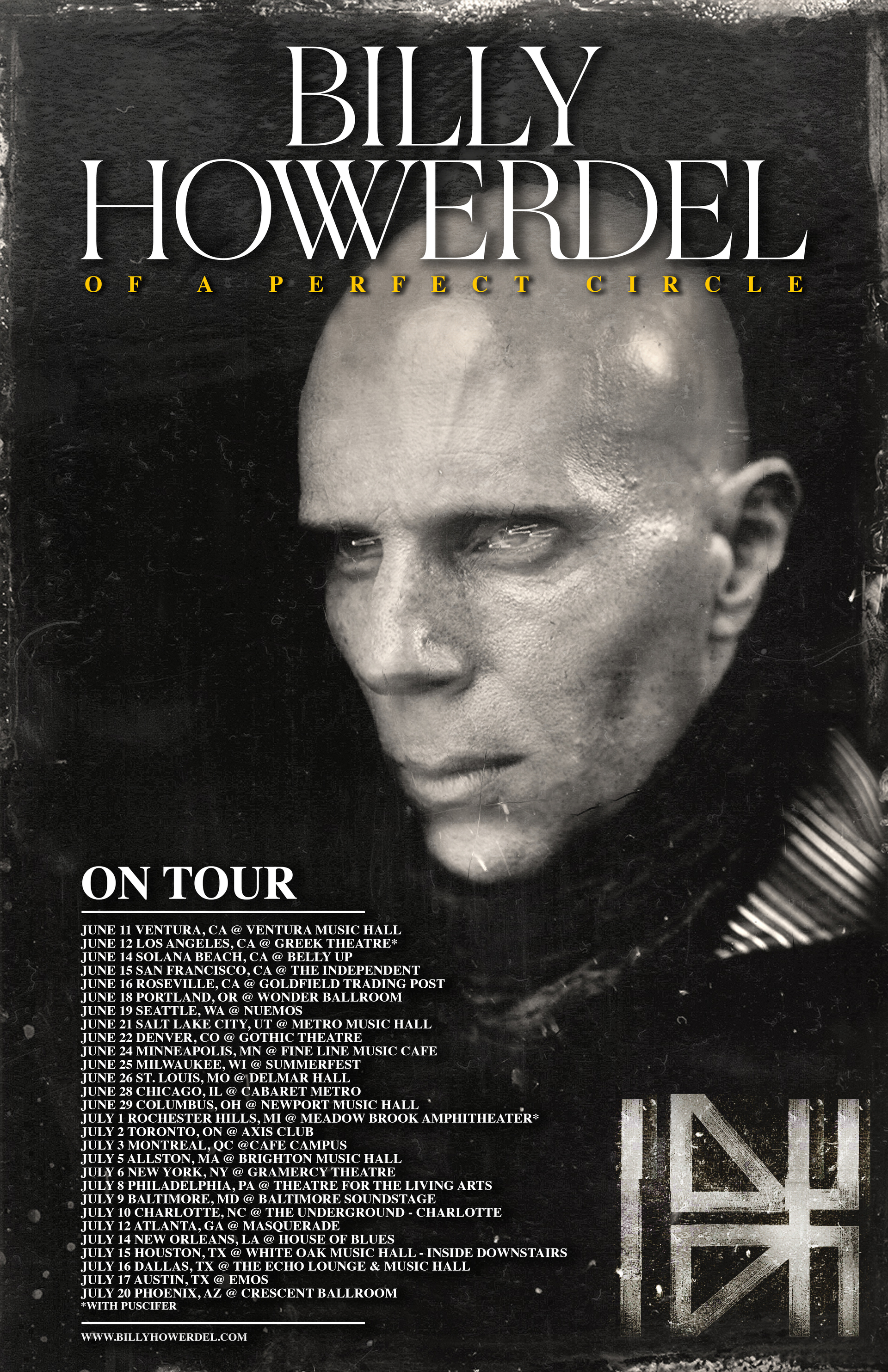 The A Perfect Circle co-founder/guitar player has simultaneously released a video for “Poison Flowers” (https://youtu.be/3Z00_1yhahs), with the Rizz (from VOWWS)-directed clip offering both an aural and visual preview of what’s to come on the 10-song, self-produced collection.

“This is me stepping back into my early teen self and making the record I would’ve made if I had the means and the knowledge when I first picked up a guitar—just in 2022,” Howerdel explains. “It’s that moment as a kid when you hear a record, close your eyes, and go somewhere else. That was the time I found my lane, so to speak.”

The news is accompanied by the announcement of a Summer tour, kicking off on June 11 in Ventura, Calif. The six week trek includes an appearance at Milwaukee’s Summerfest and two shows where Howerdel finds himself on the same bill as his APC bandmate Maynard James Keenan, who will be performing with Puscifer: June 12 at the Greek Theatre (Los Angeles) and July 1 at Meadow Brook Amphitheatre (Rochester Hills, Mich). Tickets for all headlining dates are on-sale this Friday, April 29 at 10 am local time. For tickets and ticket info, including VIP packages, please visit www.billyhowerdel.com.