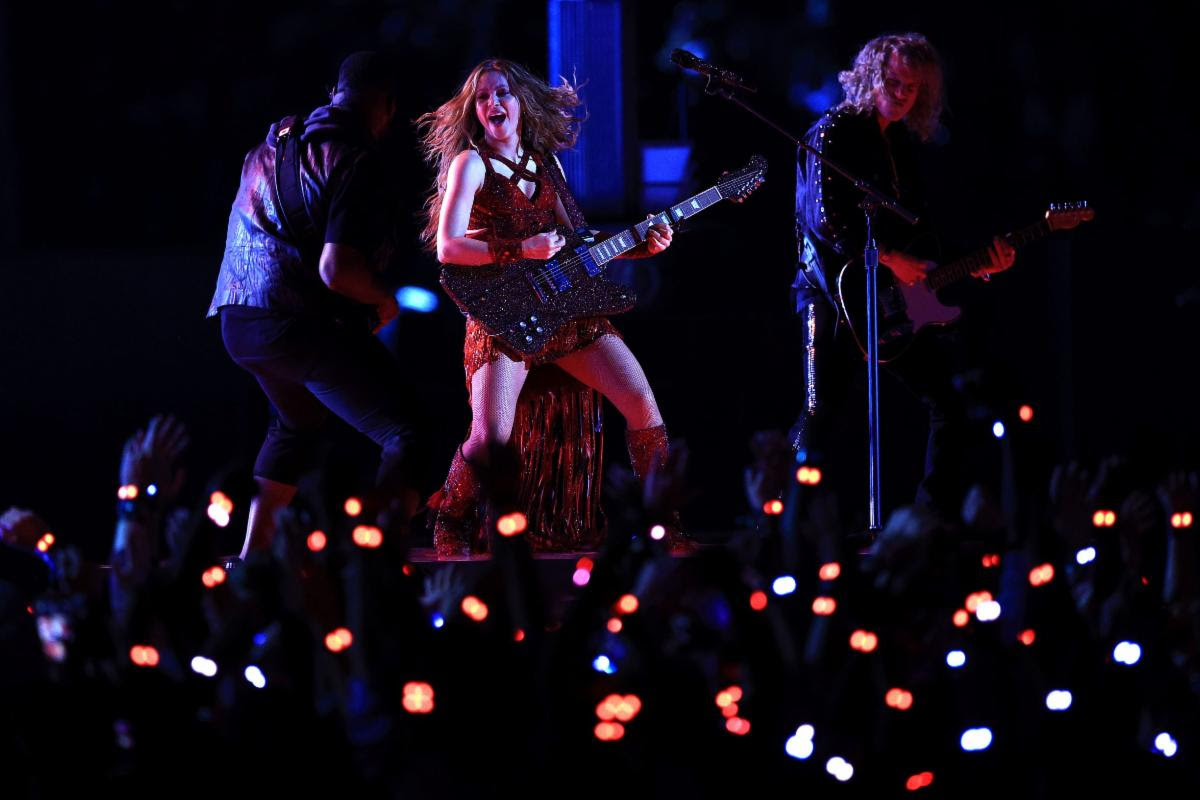 Performing on her birthday, SHAKIRA played a new Gibson Firebird guitar which was encrusted with 70,000 Swarovski jet hematite crystals. She treated the worldwide audience to a thrilling medley of her music hits celebrating Latin music with a few surprises including “She Wolf,” “Empire,” “Ojos Asi” and Led Zeppelin, “Kashmir” Remix, “Whenever, Wherever,” “I Like It” (Shakira and Bad Bunny), “Chantaje” and “Callaíta” Remix (Shakira and Bad Bunny), “Hips Don’t Lie” and a finale of “Waka Waka (This Time for Africa)” alongside co-headliner Jennifer Lopez at the Pepsi Superbowl LIV Halftime Show at Hard Rock Stadium.

“I want to thank Colombia for giving me the mapalé, the champeta, the salsa and the Afro-Caribbean rhythms that allowed me to create the Super Bowl Halftime Show that I dreamed of more than a decade ago,” says SHAKIRA.

Super Bowl LIV was watched by more than 99.9 million people on FOX, rising from last year’s broadcast numbers. Per Fox Sports, a Spanish-language simulcast on Fox Deportes and streams on Fox, NFL and Verizon platforms boosted the average viewership to 102 million, also an increase from last year’s multi-platform audience.

About Shakira:
Shakira is a Colombian singer-songwriter and multi-GRAMMY® award winner. She has sold over 75 million records worldwide and has won numerous awards including three GRAMMYs®, eleven Latin GRAMMYs®, and several World Music Awards, American Music Awards and Billboard Music Awards, to name a few. She is the only artist from South America to have a number one song in the U.S., has had four of the 20 top-selling hits of the last decade, and is one of the Top-5 YouTube artists of all time. Shakira’s last album “El Dorado” charted #1 on iTunes in 37 Countries, won Best Pop Vocal Album at the 2017 Latin GRAMMY® Awards, and Best Latin Pop Album at the 2018 GRAMMY® Awards. With over 10 billion streams, it is one of the most-streamed female albums of all time. In November 2018 she wrapped her hugely successful El Dorado World Tour.