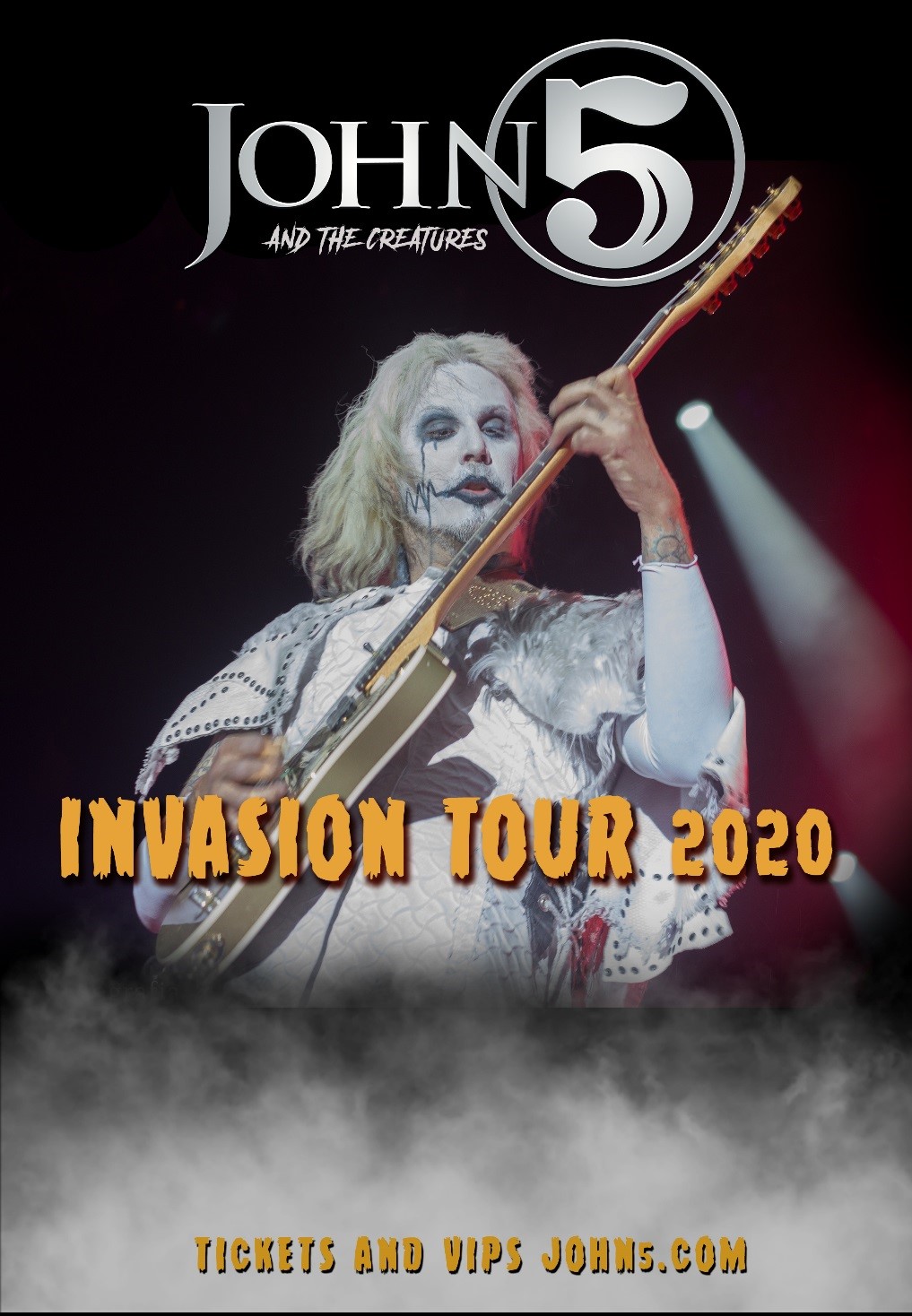 Guitar wizard JOHN 5, who spent the better part of 2019 performing in front of sold-out audiences, will kick off 2020 with yet another tour, this time taking JOHN 5 and the Creatures on The Verdict Tour alongside Queensryche.

During the tour, which also features support from Eve to Adam, JOHN 5 will also perform select headline dates. The tour kicks off on January 17 in Fort Lauderdale, FL. JOHN 5 has toured steadily for much of 2019, beginning with JOHN 5 and the Creatures on the first leg of the Invasion Tour, supporting the recently-released Invasion album. JOHN 5 then embarked on the Twins of Evil tour with his main gig as guitarist in Rob Zombie’s band. Next up is the second leg of the North American Invasion Tour this fall, followed by a trip to Australia for more headline dates with JOHN 5 and The Creatures.

“This is definitely going to be a tour to remember,” says JOHN 5. “I’m looking forward to seeing everyone there. Don’t miss it!”

Invasion has received rave reviews all around. Fans were able to get a taste of the album throughout the first half of this year via a series of videos released each month. JOHN 5 kicked off 2019 with the debut video clip from Invasion, the campy animated “Zoinks!”, followed by three equally eccentric videos for “Midnight Mass,” “I Am John 5” and “Crank It – Living with Ghosts.” Then, a new video for the track “I Want It All” was unveiled along with the release of the album last week. Invasion was produced and mixed by Barry Pointer (Richie Sambora, Joe Perry, Steve Vai, Jackson Browne).

About JOHN 5:
JOHN 5 has worked with a varied range of artists, performing as guitarist for some of the biggest headlining rock bands in the world such as Rob Zombie and Marilyn Manson, as well as playing session with Paul Stanley, Rod Stewart, Lynyrd Skynyrd and more. Slash has called JOHN 5, “one of the most mind-blowing guitarists around” and Rob Zombie has dubbed him “a fucking shredder”. JOHN 5 has released seven solo albums to date, as well as a remix album, and has written music for the likes of Motley Crue, Steve Perry, Ricky Martin and others.