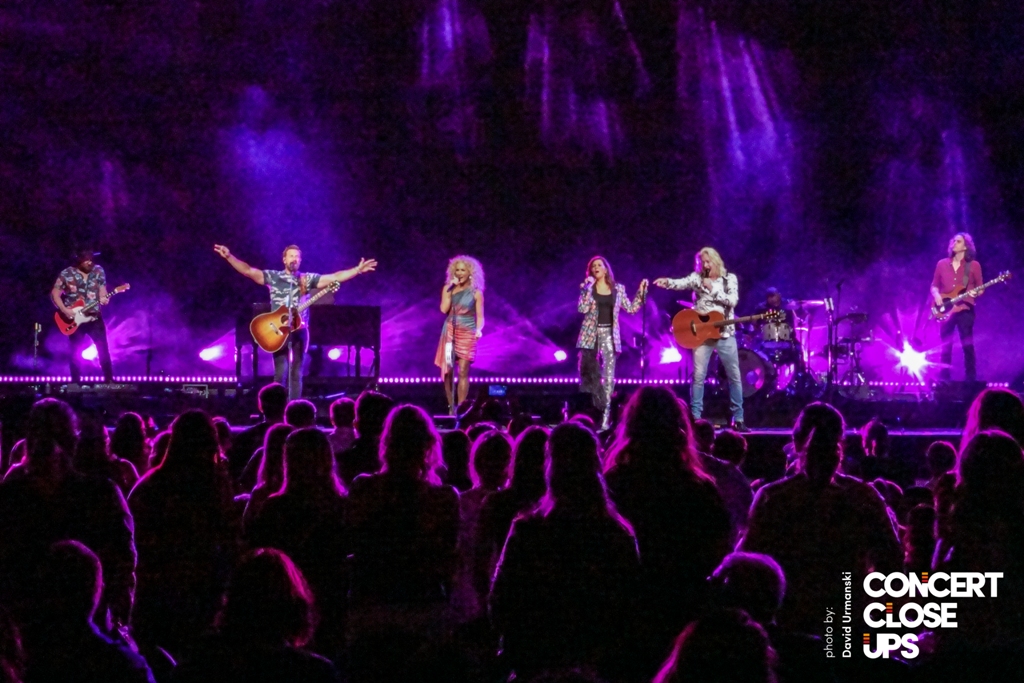 On what could only be called the perfect summer night, the newly renovated American Family Insurance Amphitheater was home to an eclectic mix of sing-a-long favorites… old and new. The show opened with Milwaukee natives, BoDeans, and their unique sound that is often described as roots rock. Though the band has been through a number of formation changes over the years, they have remained true to form, continuing to deliver a charismatic sound of their own.

Lead singer/guitarist, Kurt Neumann, and his bandmates took to the stripped-down stage, subconsciously telling the audience that special effects were not the focus of their performance. Between songs Neumann shared the BoDeans have performed at the amphitheater, previously known as the Marcus Amphitheatre prior to its demolition in 2018 and replacement with the new $50 million American Family Insurance Amphitheater, more than any other band in the history since the venue’s inception in 1987. He also gave a pseudo history lesson on his upbringing in the Milwaukee area including his address on Lisbon avenue, the school he attended as well as his first job at the JC Penny store. Neumann concluded by saying “I have a long history in this town… this is my hometown.” It was the perfect lead-in to the next song they performed, “My Hometown” from the 2017 album “Thirteen.” 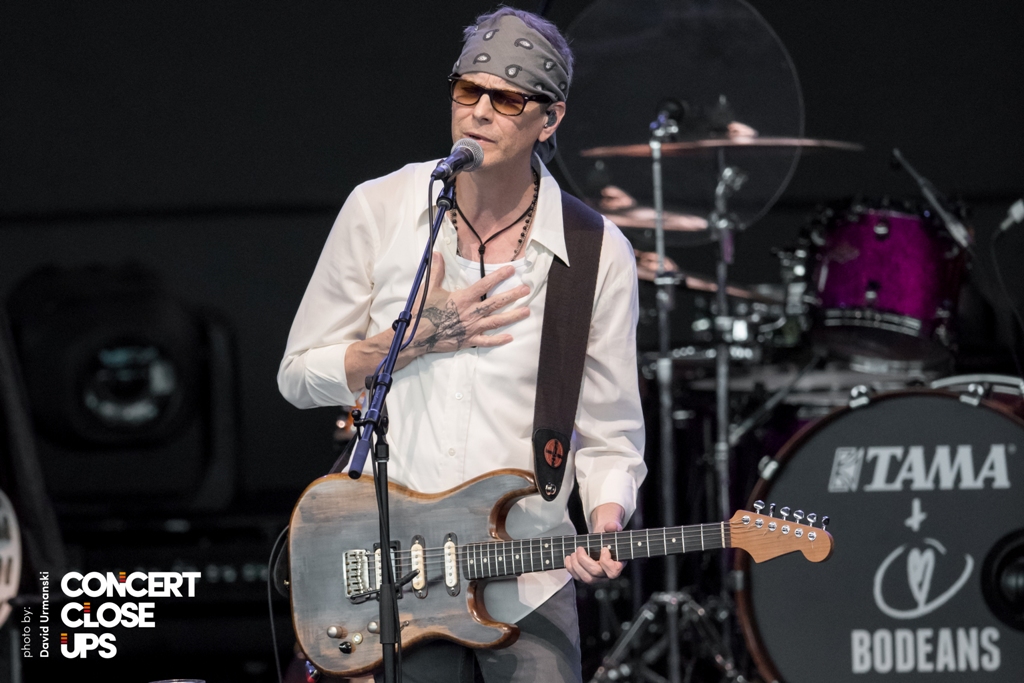 Fans quickly jumped to their feet when the Bodeans reached the greatest hits section of their set. Songs like “Only Love,” “Still The Night,” “Fadeaway,” and “Good Things,” had concert-goers dancing and singing along. The BoDeans wrapped their show with the “Party Of Five” theme song “Closer To Free” before exiting to a chorus of applause from grateful fans.

When the lights went down as a prologue to the headlining performance, Al Green’s iconic voice filled the amphitheater with his mood-setting song “Let’s Stay Together” as attendees cheered for what was to come. As the song faded out, the unique sound of a Jimi Westbrook’s mandolin plucked out the first few notes of the Little Big Town’s 2012 hit “Pontoon.”  Westbrook was soon surrounded by his wife and fellow bandmate, Karen Fairchild, as well as singer Kimberly Schlapman, Phillip Sweet and supporting band. Fairchild’s dynamic vocal range immediately engaged the audience, quickly bringing them to their feet with earth-shaking excitement. 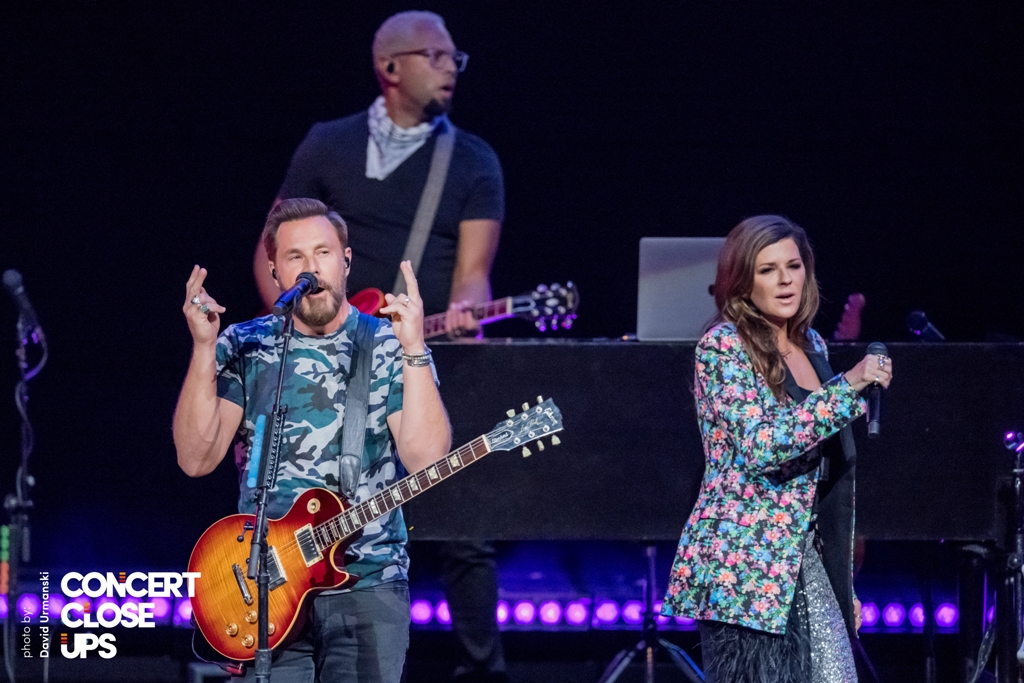 An appropriate song choice to kick off the show, “Pontoon” was the band’s first No. 1 single on the Billboard Hot Country Songs chart. Originally written for Miranda Lambert under the title “Fine Tune,” the song’s title was misunderstood to be “Pontoon,” so a different song was written altogether about having a party while on a pontoon boat.

Through the applause the show steamed on with tracks from the band’s eight studio album “The Breaker,” as well as the 2020 release “Nightfall” for which the tour is named.  Fairchild warmed every heart in the house as she exclaimed “We have missed you all so much. Not that anyone was counting, but it was 469 days from show to the next show.” She joked “Quarantine brought out the best in me” before revealing “No, actually it didn’t. I just started drinking a littler earlier” which caused the audience to roar with cheers of support and a mutual recognition of what the entire planet had gone through, and continues to endure since late 2019.  The following two songs coincidentally were “Over Drinking” and “Day Drinking” which tied in perfectly to her narrative.

The hits continued with single like “When Someone Stops Loving You,” and “Better Man” before the band changed gears and performed a cover of Oasis’ 1995 chart topper “Wonderwall.”  Throughout the melodic harmonies of the headlining performance, various special effects adorned a massive screen behind the performers. The mysterious visual presentations that accompanied the songs were subtle in nature and further engrossed everyone in the Friday night experience.  Lighting was soft and non-aggressive unless warranted by the song being performed.

You could have heard a pin drop as fans were hushed in silence for the Grammy-nominated “The Daughters.” Keeping with the theme of intimate acoustic harmony driven songs, the band reached into their past with the track “I’m With The Band,” from their 2007 release “A Place To Land.” To the fans delight, a surprise twist was added at the end of the song with a reiteration of Joe Cocker’s version of “With A Little Help From My Friends.” 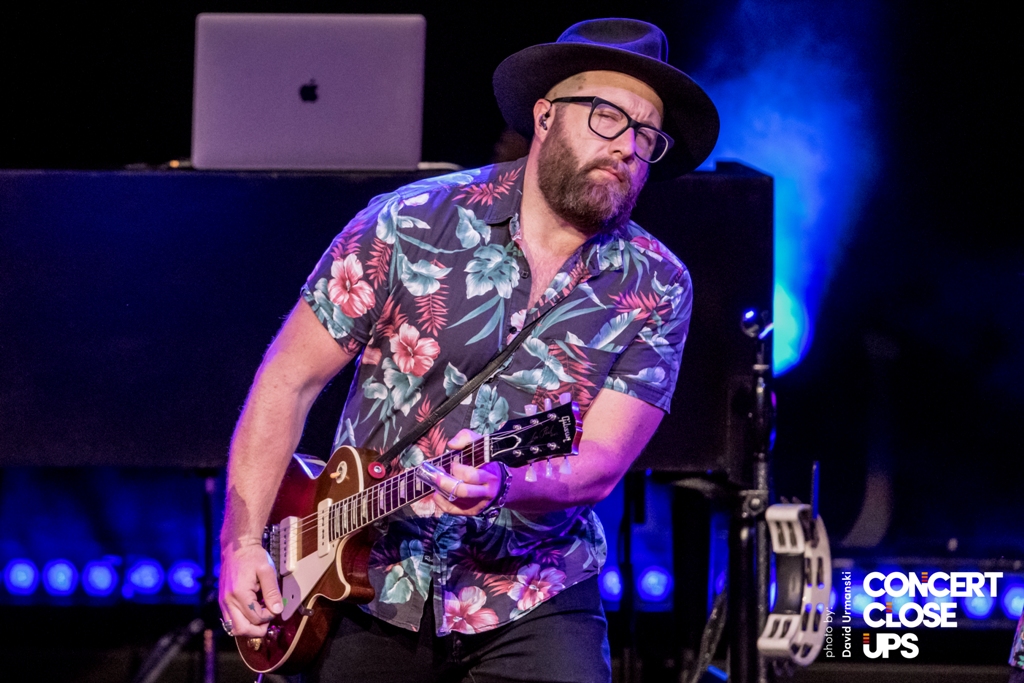 Between songs Fairchild commented “We’ve been together for over 20 years now” which accounts for the large library of songs that the band can pick from when assembling the tour.  However, the setlist did not include any songs from the band’s 2002 self-titled effort or the 2016 “Wanderlust” album. Instead, a few cover songs were sprinkled into the set.

Next, Jimi Westbrook set up one of those very special and memorable moments when he addressed the audience saying “Out of everything, the thing we have missed the most about all of this… is you guys singing along.” He asked “Y’all gonna sing with us? Come On… Let me hear ya,” before strumming the opening melody to Elton John’s iconic “Rocket Man.” When the song reached the chorus, the music was nearly drowned out by the abundant audience participation. Before fans could truly soak in the heartwarming feeling of that special moment, the group lit the fuse for the up-tempo hit “Little White Church.” Once again, the enthusiastic crowd responded with impulsive singing, dancing and clapping of hands. 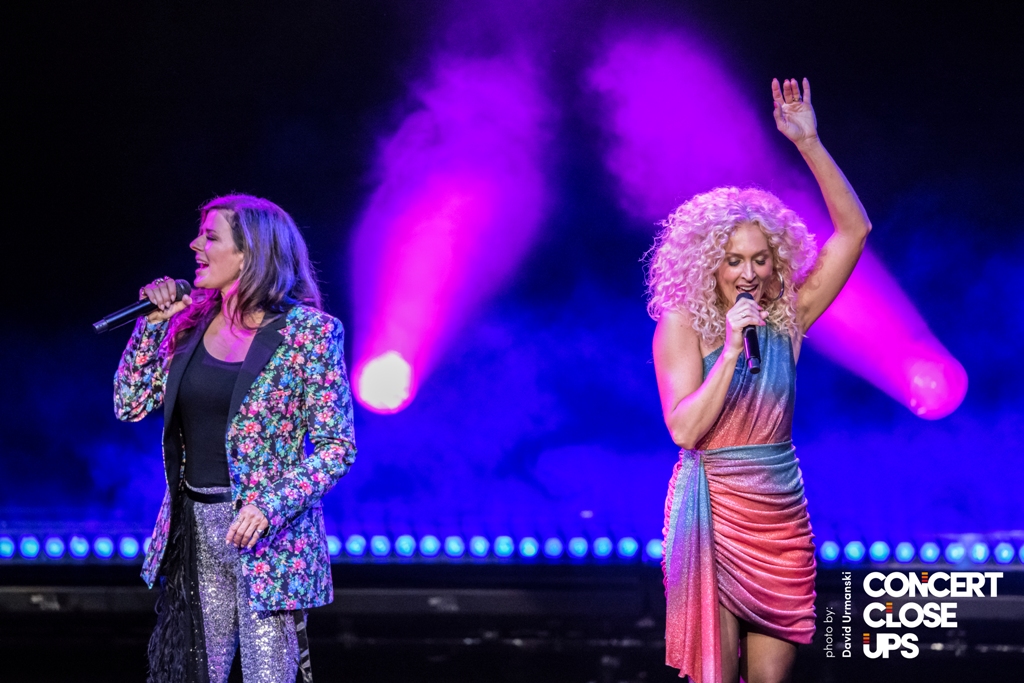 With the entire assemblage on their feet, the current hit from the “Nightfall” album “Wine, Beer, Whiskey,” continued the ongoing crescendo of the evening. Then, fan favorite “Girl Crush” from the “Pain Killer” release followed before the lights went dark… setting the stage for the final song of the night.

Fairchild, Westbrook, Schlapman and Sweet stood motionless in silhouette, backlit by a dim red light as the crowd screamed “Boondocks!” With a flash, the stage lighting came to life with all four harmonizing the opening lyrics to the bands most successful song. As the immortal song concluded, Fairchild introduced the touring band members one by one followed by endearing acknowledgement and loud applause. Little Big Town took their final bow arm in arm, and did a final wave to the crowd before departing the stage. As the house lights came on, so did Bob Marley & The Wailers “Three Little Birds” to serve as the exit music for the departing crowd. 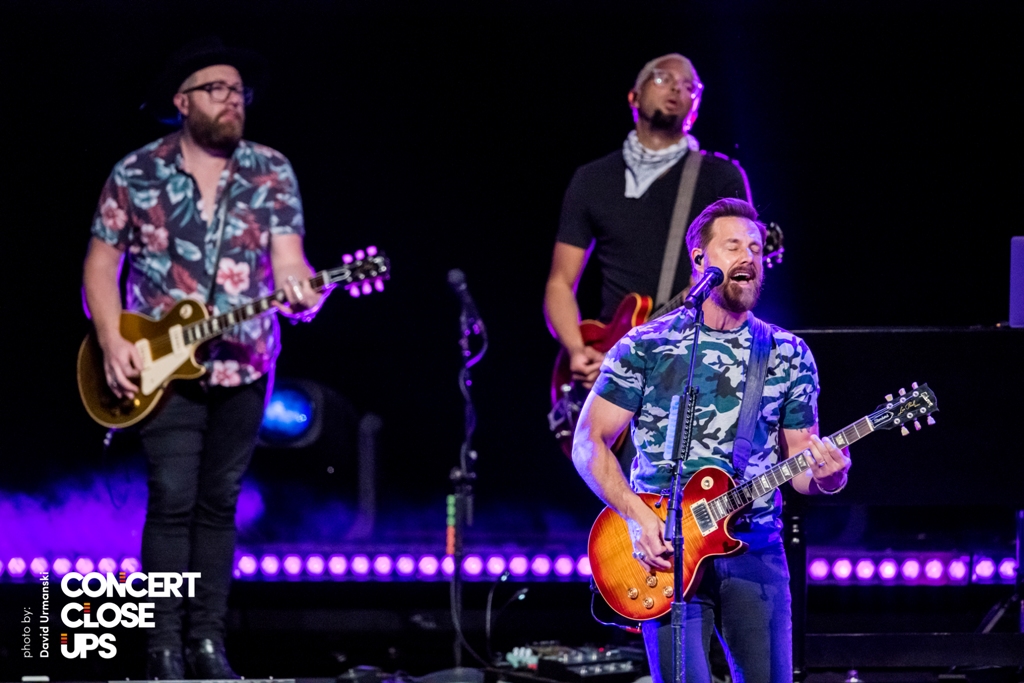 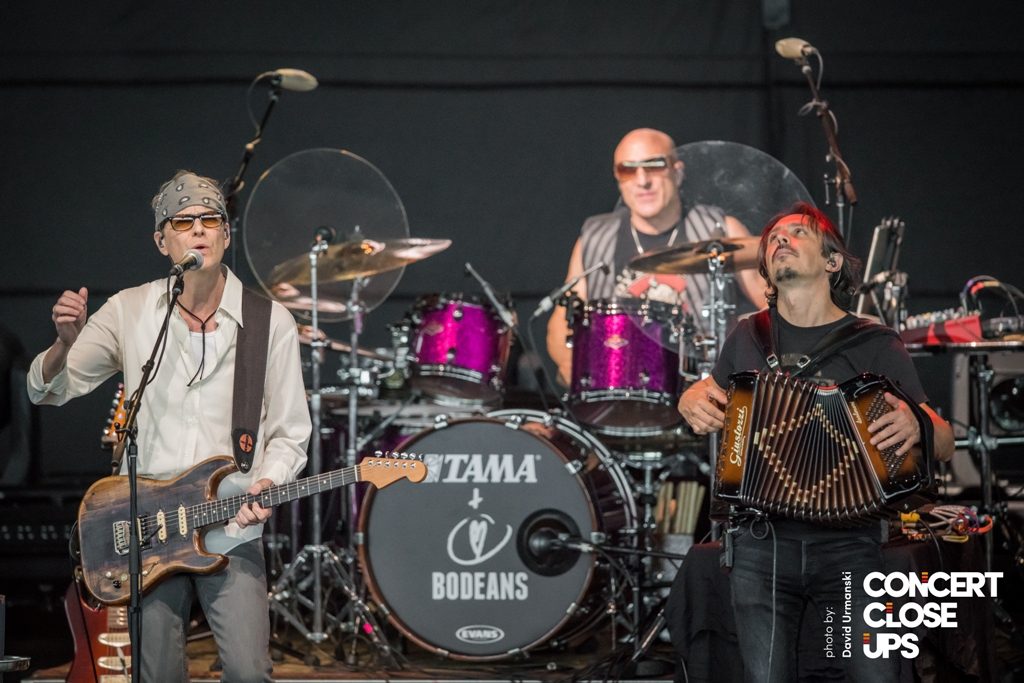