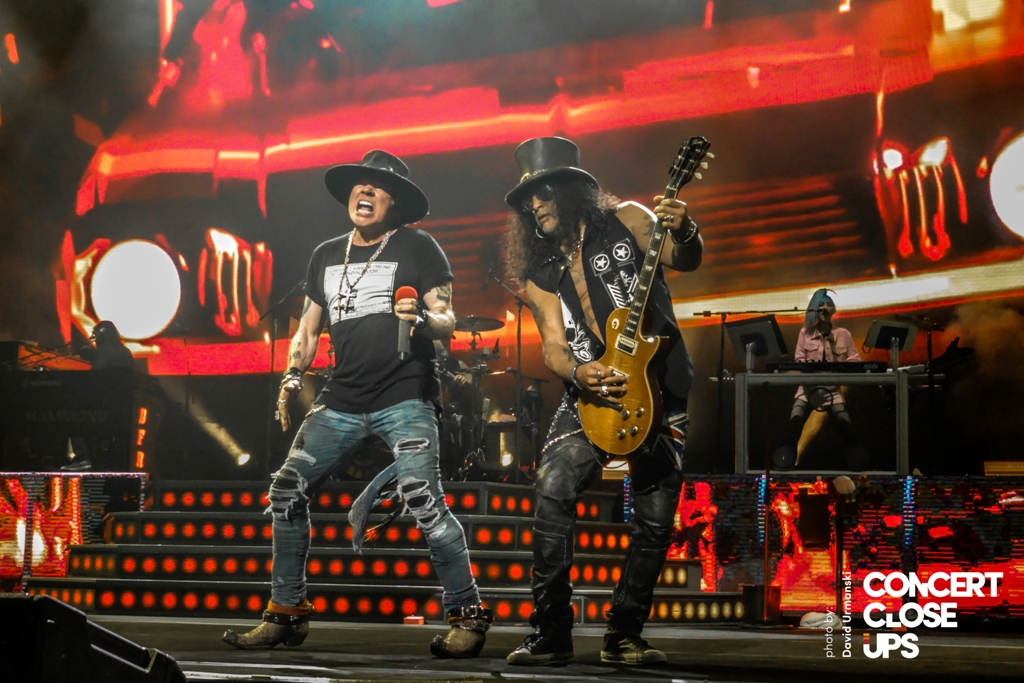 Review and Photos by David Urmanski

Unbeknownst to me at the time, way back in 1988 I began a journey that would lead me to where I am today. Then, a senior in high school, I had attended many concerts over the years with my big brother Mike prior to him leaving to join the United States Air Force. We had spent countless hours waiting in line together in front of various concert venues over the course of a few short years in hopes to be the first to past under the threshold leading to the general admission arena floor where we would earn our front row center positions for the evening so we could see our favorite hair metal bands perform live up close and personal. If we were fortunate enough, we would also try to capture a few photos with our cheap film cameras so we could cherish the memory for posterity’s sake.

Having strategically positioned ourselves in front of numerous heavy metal greats of the time including KISS, Metallica, Judas Priest, Great White, Poison, Quiet Riot, Dokken, Krokus, Ratt and the like after having started our concert obsession on January 22, 1982 when Mike and I attended our very first concert, Ozzy Osbourne, the very next show after Ozzy bit the head off a live bat onstage in Des Moines and two months prior to the unfortunate passing of Ozzy’s lead guitarist Randy Rhoads as a result of a plane crash. Needless to say, Mike and I had shared some memorable music moments growing up. So when I had the opportunity to talk to my brother after he joined the military, it was customary to discuss which concerts we had attended since our last conversation.

That said, I recall a phone call between my big brother and I in mid-1987 whereas Mike stating if I ever have an opportunity to catch a band called Guns N’ Roses, to definitely do so as they were going to be the next big thing. With the release of their Appetite for Destruction album on July 21, 1987 and their debut music video of Welcome to the Jungle hitting the MTV airwaves not even two weeks later, Guns N’ Roses sold well over 500,000 albums right out the gate and became one of the hottest rock n’ roll acts in the country. Needless to say, when GNR announced their North American tour including a stop at the Oshkosh Center in Oshkosh, Wisconsin on April 28, 1988, my friends and I were raring to go and I, once again, secured my front row position with camera in hand.

During the 1988 show, I remember vividly the high-energy and ‘I don’t give a $&^# attitude’ that Guns N’ Roses gave off as they powered through their amazing set which included all of the faves from Appetite as well as Aerosmith cover Mama Kin and a remake of Bob Dylan’s Knockin’ on Heaven’s Door. I also recall Axl Rose coming up to me half way through the set as I stood in the front row with a $10 single-button camera pointed at him hoping he wouldn’t kick the camera out of my hand like he had done months before when my brother attempted to photograph him.

To my surprise, Axl reached for my hat, a blue baseball cap with a United States Air Force logo centered on the front panel, and handed me his Jack Daniels cap to hold while he posed for a photo. While it was apparent by the look on his face, Axl didn’t understand why someone would wear such a hat to a rock concert, he allowed me to take the photo and graciously handed me back my cap in exchange for his. While I still have the hat as well as the over-exposed photo of Axl Rose wearing it, it proved to me that Axl was much more cordial and gracious than his perceived reputation at the time. He later came back down and sat on the wedge monitor in front of me, as Slash played a guitar solo with a cigarette hanging loosely from the side of his mouth, and just chilled with the fans. What an amazing evening and beginning to what I would later call the first time I seen the best band in the world.

Well here we are three decades later and I have been blessed to turn my passion of photographing bands into a reality that I would have never dreamed to be possible. When Summerfest announced Guns N’ Roses would be performing at the American Family Insurance Amphitheater this year, I was ecstatic and hopeful that I would earn the opportunity to provide professional media coverage of my favorite band 33 years after having initially seen them perform live and having lived through and witnessed the band’s career from start to, what may soon be, a successful climactic conclusion.

While, unfortunately, no media outlets were granted permission to photograph Guns N’ Roses this tour, that did not stop me from reverting back to my old ways and purchasing general admission pit tickets, waiting in line several hours before the gates opened and enjoying a remarkable show with point and shoot camera in hand. The only difference being that I was able to do it with my nephew, Kyle, who just happens to be my brother Mike’s son.

Cheers to the next generation of rockers and to an amazing and unforgettable career Guns N’ Roses. I am forever grateful for what you have done for rock n’ roll. While everyone has a reason behind why they choose to do what they do in life, you are the reason I live to photograph another day!

By leveraging its iconic past and leaning into an innovative future, Gibson–the iconic American instrument brand–has set the stage for the next era of sound for present and future generations. When Gibson brought Maestro into […]