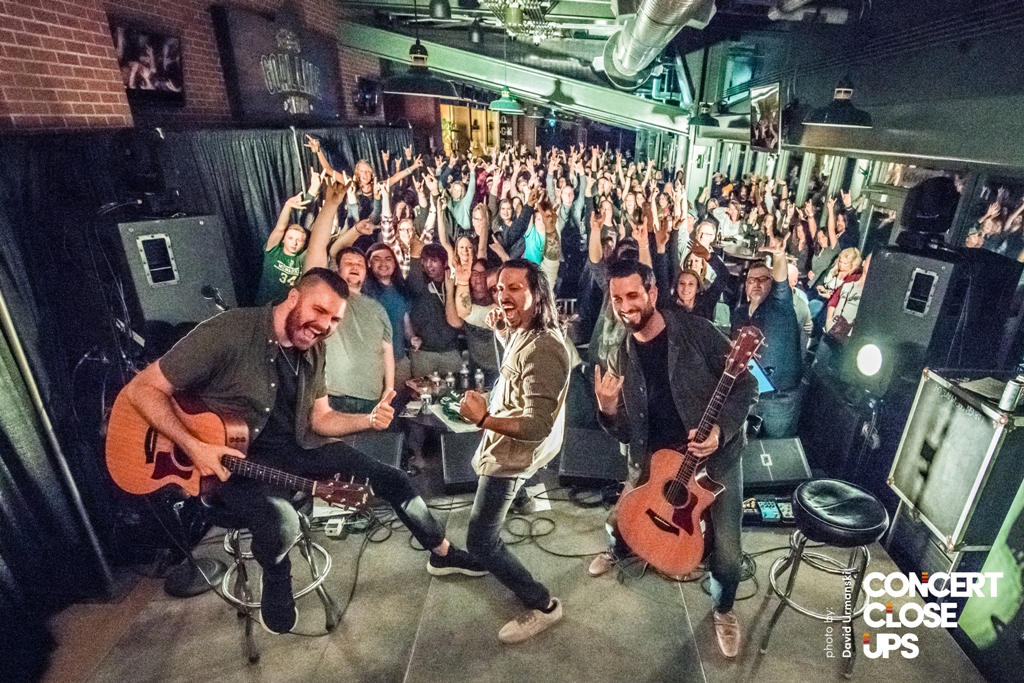 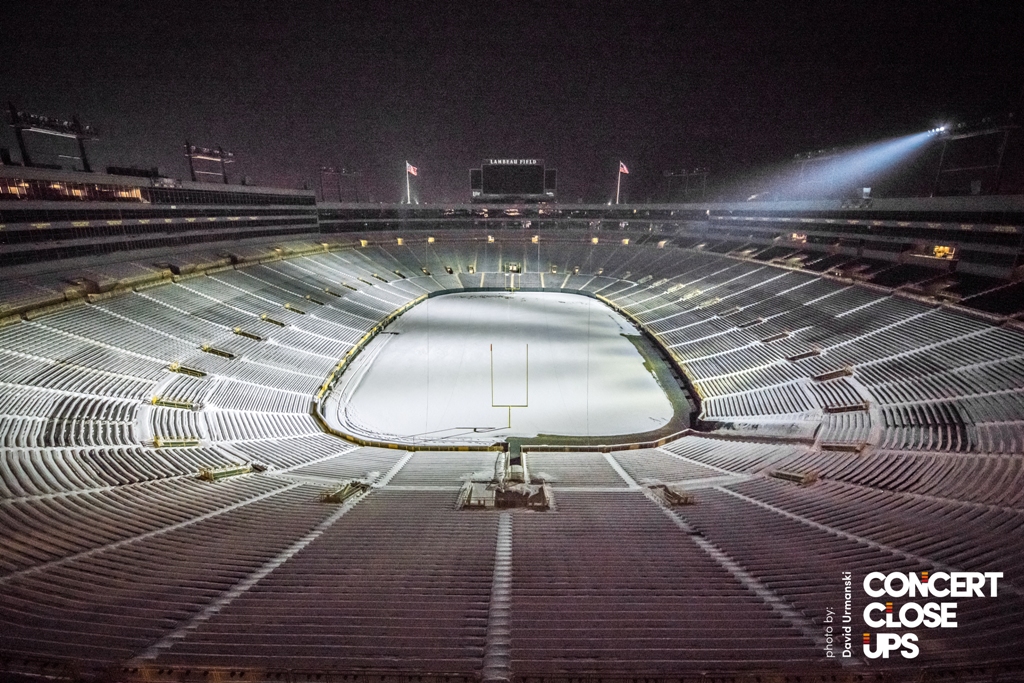 200 of Wisconsin’s most dedicated Pop Evil fans gathered on the Festival Foods MVP deck located inside Lambeau Field on Saturday for an intimate, fun-filled evening of acoustic rock favorites while overlooking the beloved, enchantingly quiet, snow covered Frozen Tundra. By design, the small space proved to be the perfect venue for a cozy night spent with Leigh Kakaty on vocals and Nick Fuelling on lead guitar and those who accompanied the Pop Evil duo throughout the evening. With a handful of tables and chairs strategically positioned in front of the stage and sporadic cocktail tables scattered within the standing room only section approximately 20 feet from stage with access to a full bar and overlooking the hallowed football grounds, the concert had all the telltale signs of success the moment the doors opened to those fans fortunate enough to secure tickets. 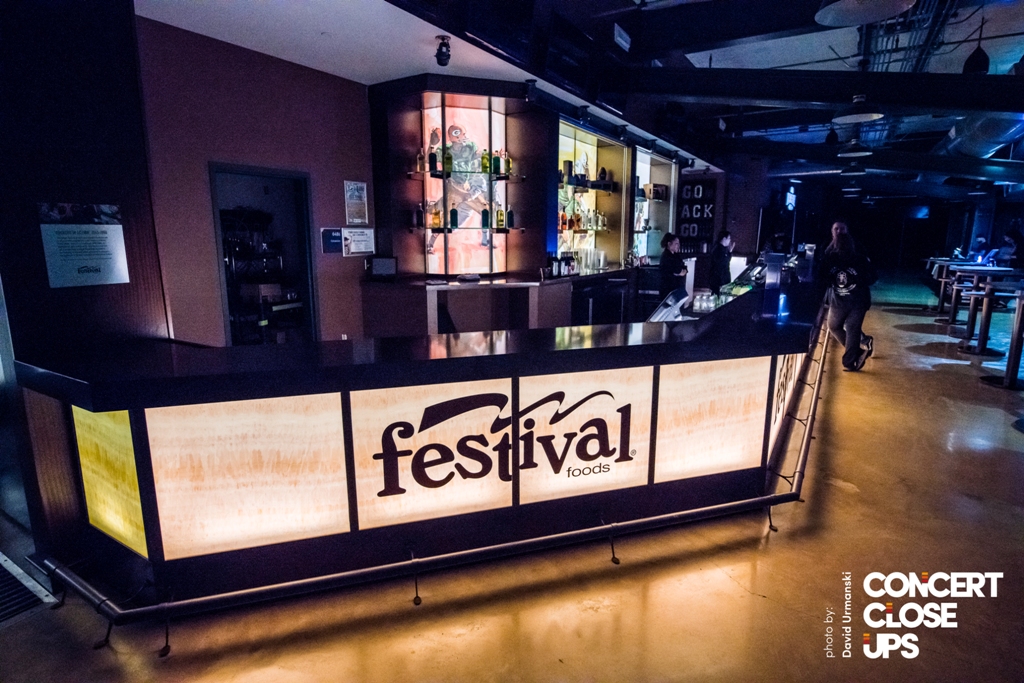 Local talent, Mixed Company, from Kenosha, Wisconsin was the first band to take the stage. Known for writing their own, alternative rock powerhouse songs, the soft vocals mixed with the heavy guitar kept the audience intrigued and wanting more. Avalon Black was the direct supporting band who performed next with a set list including a healthy mix of their own originals along with cover songs from national recording artists including Shinedown, Rival Sons and Glorious Sons. The sharp, unique vocals led the band straight into the adoring audience’s hearts.

After resounding applause following the opening act’s performances, Leigh and Nick took the stage along with special guest Mike Adkins, guitar player for Uncle Kraker, to perform a solid, 17-song set. Although a Detroit Lions fan at heart, Michigan native Kakaty has always been vocal about his support for the Green Bay Packers as well as the band’s ties and appreciation for their friends at Festival Foods who sponsored the evening’s event as well as many great concerts prior to the Saturday evening show. “You guys have the same passion for your Packers that you have for your rock music,” said Kakaty which made the social setting much more special with Lambeau Field being the hosting venue.

The trio started with one of Pop Evil’s first and most popular songs, ‘100 in a 55’ which was actually written on Lake Michigan and was very close to being sold to Kid Rock. Thank goodness it wasn’t, as the single was the release that really kickstarted the band’s successful career. The next three tunes (“Rewind,” “Stepping Stone” and “Silence and Scars”) were not included on the typical Pop Evil set list which is what makes the acoustic show that much more unique. Between the songs, Leigh teased that new music would be coming out in spring and shared a very personal story about an intimate night spent with a Wisconsin girl who left lipstick on the mirror when she left the next morning. He explained it as, “a tramp stamp to our very first album.” 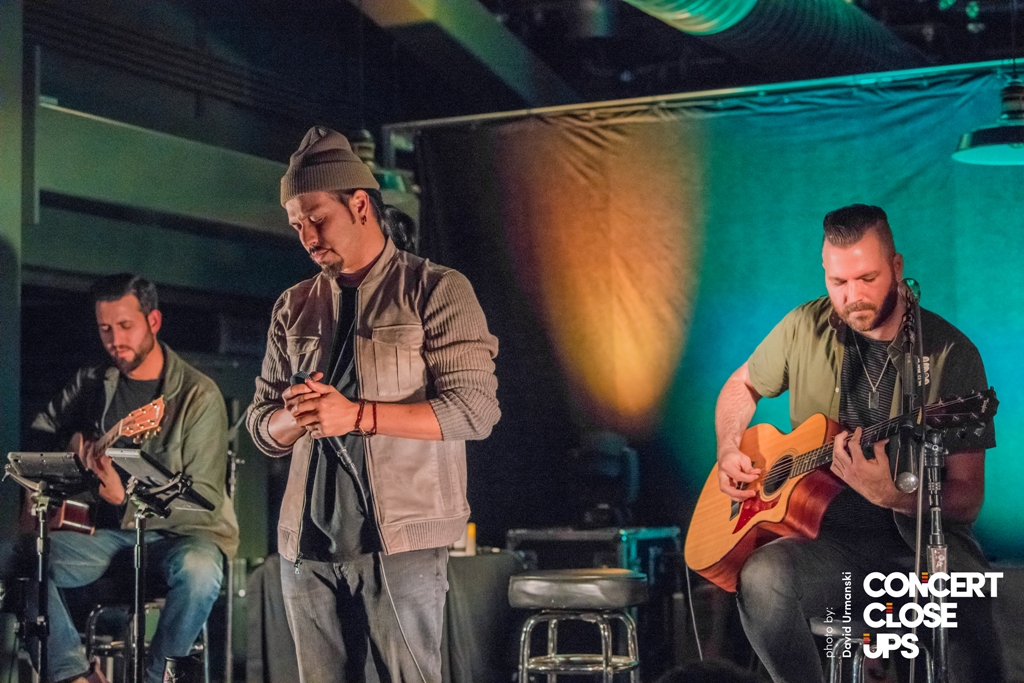 A few familiar tunes followed before another string of deep tracks. Unfortunately, Leigh was feeling a bit under the weather and fighting a nasty cold, but that didn’t stop him from giving it his all. He still hit the high notes and fought through it thus, once again, proving his true passion for music and the long-lasting support for the band’s fans throughout Wisconsin. Before performing ‘Torn to Pieces,’ (and bringing the room to tears), Leigh explained that the song was inspired by his father and pays tribute to the lessons learned from his shortened time on Earth. Next, the band performed an inspiration cover of The Verve Pipe’s “The Freshman.” According to Leigh, this song is what really inspired him to become a rock star, once the basketball career with the L.A. Lakers proved to be out of the question.

“You guys have been with us since the beginning and we will be with you guys always,” said Leigh. The pure and indefinite love that this band shows for Wisconsin is what we love most about Pop Evil. They are so dedicated to their fan base, even when Packers and Lions’ fans are natural-born enemies on the football field. This is why their favorite song to perform is “Waking Lions.” To the band, the song reinforces the fact that rock n’ roll is not dead when they see their fans in a frenzy and singing along word-for-word. While the song is very different when performed acoustically versus live with the full, electrified stage set-up, the band explained how Pop Evil drummer, Hayley Cramer, insisted the band change the melody and feel when performing it acoustically as if to introduce a completely different song to their fans. 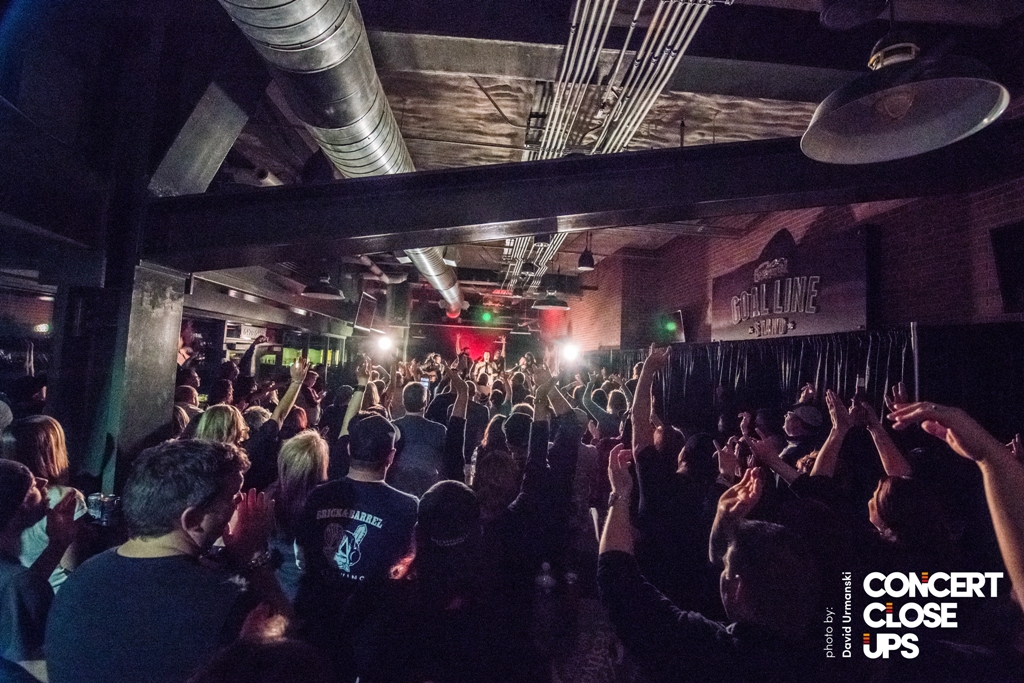 The band also performed yet-to-be-released song “Don’t Mean Anything” that is a current front-runner to make it on the next studio album which was hinted to be released very soon. Leigh also shared some equally exciting news that Pop Evil has officially signed a brand-new record deal for three more albums. To whoever says rock is dead, you couldn’t be more wrong.

To close the show, the threesome executed crowd-favorites “Footsteps” and “Deal with the Devil” to perfection. It was at this point that Leigh pulled out his customized, Pop Evil Packer’s jersey to show his sincere love and appreciation for Lambeau Field and those in attendance and even promised a Packer’s game appearance next season. For the final few songs, opening acts Mixed Company and Avalon Black took the stage in true party fashion to end the evening like true Wisconsinites. Members from all three bands performed “Trenches” while the crowd of concert-goers cheered and danced to the upbeat rock anthem tempo. By extending a few additional choruses to the finale and, thus extending the party, Pop Evil truly made it a night to remember. While glancing back and forth from the stage to a glowing Lambeau Field, I can’t think of a better way to spend a Saturday night in the frigid Wisconsin winterland. 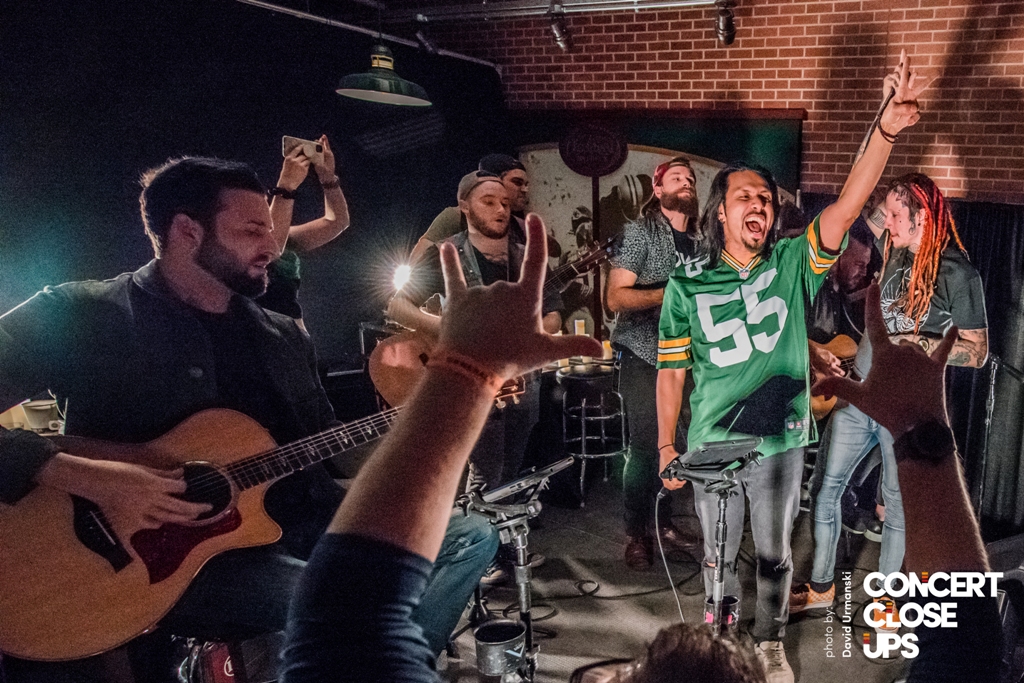 SETLIST:
100 in a 55
Rewind
Stepping Stone
Silence and Scars
Monster you Made
Torn to Pieces
Purple
Seattle Rain
The Freshmen (The Verve Pipe cover)
Waking Lions
Don’t Mean Anything
Footsteps

ENCORE:
Be Legendary
Deal with the Devil
Trenches