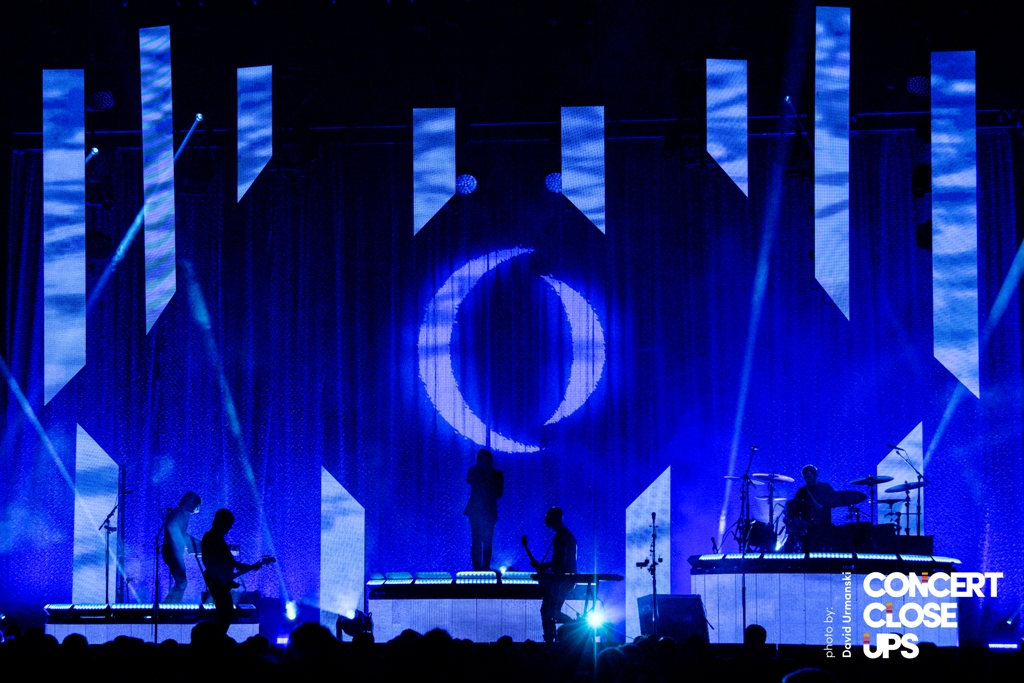 Formed in 1999 by guitarist, singer, song-writer and producer, Billy Howerdel, and Tool vocalist, Maynard James Keenan, American rock supergroup, A Perfect Circle, arrived in Madison, WI Saturday night with all the intensity, theatrics and emotion expected from such a major influence on modern rock today.  Performing to a crowd of 3,500 melodic alt-rock music fans, the band delivered their unique-style, sound and stagecraft to the Madison masses with precision and pureness not easily pulled off with a more simplistic approach to writing rhythms and melodies.

A Perfect Circle’s rise to fame started with the release of their debut studio album, Mer de Noms, in 2000 and has come full circle with the release of their fourth album, Eat the Elephant, in April 2018.  Although band activity has been sporadic over the years as a result of Keenan’s return to Tool and solo work with Puscifer as well as Howerdel’s dedication to Ashes Divide, the band’s reformation is proving to remain relevant despite the numerous lineup changes and multi-year hiatus to playing live shows.  The one thing that continues to remain consistent with the band is their commitment to composing high-quality, meaningful material that appeals to multiple generations of music lovers.  For this reason, the band has no boundaries and can be expected to achieve continued commercial success.

IN THIS MOMENT – The In-Between (OFFICIAL VIDEO)

New Zealand-based metal outfit ALIEN WEAPONRY are back in North America! Still hard at work on the follow up to their 2018 debut LP, Tū, the band is on the road now with iconic metal […]