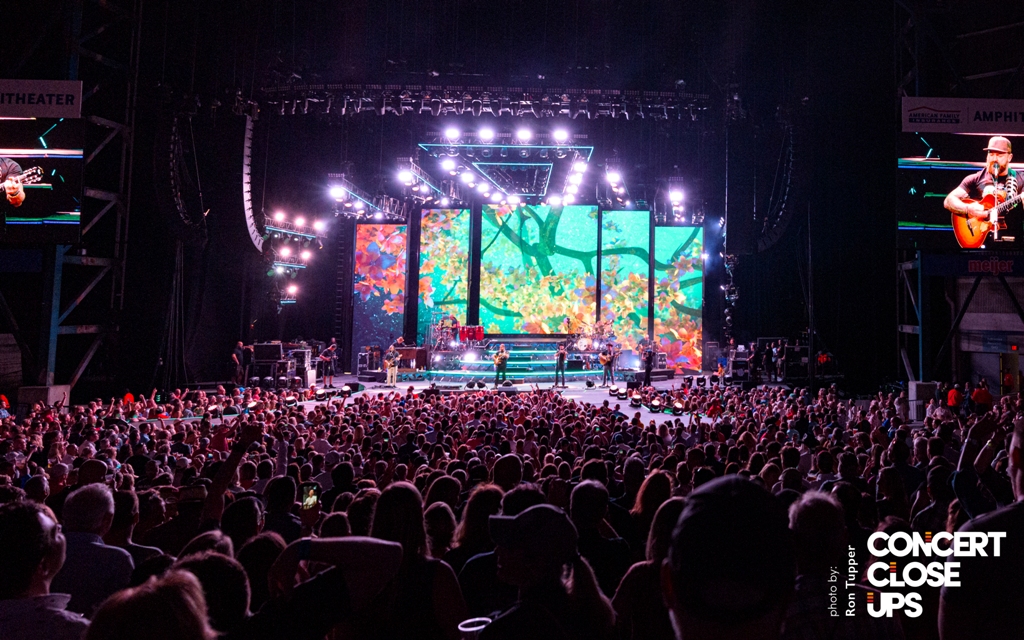 BAND BIOGRAPHY:
Three-time GRAMMY-winning, multi-platinum artists, Zac Brown Band, have had five consecutive albums reach the top 10 of the Billboard 200 and four consecutive albums debut at #1 on Billboard’s Country Albums chart. To date, the group has sold more than 25 million singles and eight million albums. They have achieved 15 #1 radio singles and are the second act to top both the Country and Active Rock formats and have developed a reputation with critics and fans alike for a live show marked by strong musicianship that defies genre boundaries.

The band’s latest album, ‘WELCOME HOME,’ a return to their classic sound, was produced by GRAMMY-winning producer Dave Cobb and In the Arena Productions. Rolling Stone praised the album’s “southern storytelling, rootsy instrumentation and the sonic swell of eight bandmates who, once again, are firing on the same cylinder.” The No. 1 triumph of ‘WELCOME HOME’ follows three platinum-selling albums (‘Uncaged,’ ‘You Get What You Give,’ and ‘JEKYLL + HYDE’), the 5x-platinum ‘The Foundation,’ and their 2013 project, ‘The Grohl Sessions Vol. 1.’

SET LIST:
Homegrown
Keep Me in Mind
Knee Deep
Shoofly Pie (The Wood Brothers cover)
Someone I Used to Know
Sweet Annie
Me and the Boys in the Band
Beautiful Drug
Quiet Your Mind
Sabotage (Beastie Boys cover)
You’ve Got A Friend (James Taylor cover)
Toes
Leaving Love Behind
Goodbye in Her Eyes
The Devil Went Down to Georgia (The Charlie Daniels Band cover)
Warrior
Colder Weather / Take It to the Limit
Jump Right In
The Woods
Free / Into the Mystic
Chicken Fried