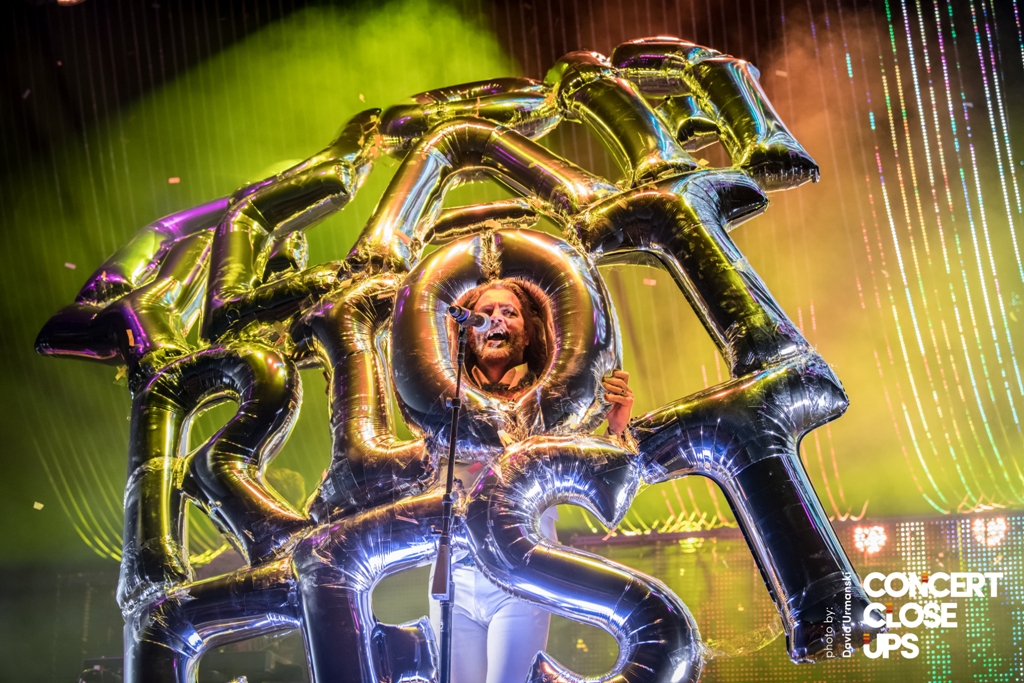 Riot Fest 2019 kicked off in Chicago on Friday commemorating its 15th anniversary as the ultimate of American summer music festivals. Douglas Park was the hosting location for the third consecutive year and, again, became a veritable city within a city with food, drink, shopping, games, carnival rides and music. Lots of music!

With a specialty in punk and alternative rock music genres, and full-album performances, Riot Fest was packed with high-energy musicians and phenomenal performances, but what can sometimes be deemed a temperamental component to any outdoor music festival, the weather turned out to be a welcomed highlight of the event. Warm, sunny skies greeted guest of all demographics as they entered through the gates and the winds within the Windy City had the trees rockin’ in the breeze right up to the time the headliner, Blink 182, took the stage.

The day opened on the Radicals stage at 11:55am with Canadian pop-punk group Pkew Pkew Pkew performing an energetic 40 minute set. The Radicals stage was located closest to the festival entrance and carnival area dominating the day with hardcore punk. Veteran punk-rockers Anti-Flag, Cock Sparrer, Pennywise and Rancid all were loud, energetic and tight and attracted large, fervent crowds of concert-goers of all ages who sang along, word for word, to each and every song. Post-hardcore rockers, Senses Fail, treated the crowd to a performance of their EP From the Depths of Dreams which was released in 2002.

The Rise stage, located on the north side of the festival grounds and facing north, was also dominated by punk. Young rockers, No Parents, shared the stage with spirited veterans The Get Up Kids, Lucero, pioneer punk-rockers Descendants and Jawbreaker who reunited for Riot Fest 2017 and are still continuing to perform shows. One of the greatest experiences associated with day one festivities was seeing bands with members in their 60’s hell-raising every bit as much, if not more, as they stage counterparts a few years removed from high school.

The Roots stage, located at the back of the festival grounds, was primarily occupied by alternative acts throughout the day starting with The Garden, an electronic duo out of Southern California, followed by East Coast indie act Caroline Rose. Hot Snakes, a loud, grunge fueled, post-hardcore group hailing from California proved to be a dynamic contrast to the earlier bands yet were differentiated themselves when preceded by the distinctive, classic folk-punk rockers Violent Femmes. Not surprisingly, the loudest audience backing vocals of the day were observed when the Femmes performed back-to-back classics Blister in the Sun and Add It Up from the band’s debut, self-titled album released in early 1983. Always entertaining, the Violent Femmes, sounded spot on to their studio work and earlier performances from decades ago.

The award for the most elaborate stage show of the evening goes to American rockers formed in 1983, The Flaming Lips, who closed out the Roots stage for day one in grand affair. Their multi-colored light show bathed the stage and audience in orange and yellow flames and kaleidoscope rainbows followed by the onslaught of confetti streamers. With a 10-foot tall inflatable pink robot taking the stage to go with the album play of “Yoshimi Battles the Pink Robots”, lead singer turned crowed surfer, Wayne Coyne, spent a fair share of set-time walking and crawling across the stage and audience in a giant, inflatable, clear sphere resulting in delight and exhilaration for all in attendance.

The namesake Riot stage, located just to the right of Roots, began its day with Australian pop-punk band Yours Truly, fronted by the amazing Mikaila Delgado, as well as featured dynamic up-and-comers Neck Deep, I Don’t Know How But They Found Me and Dashboard Confessional, named from the song “The Sharp Hint of New Tears” off the band’s debut album, The Swiss Army Romance. Day one’s headliner, Blink-182, was the final act taking the Riot Stage while performing their generation defining, third studio album Enema of the State. In anticipation of the band’s closing of day one hoopla, a half hour before Blink-182’s set, the crowd swelled 40-plus yards past the soundboard encroaching on the stages on the opposite side of the grounds. By showtime the crowd reached back to the food tent while the zealous and amped audience sang, danced and waved their arms from beginning to the end for what proved to be a great closing to a great day of live music.