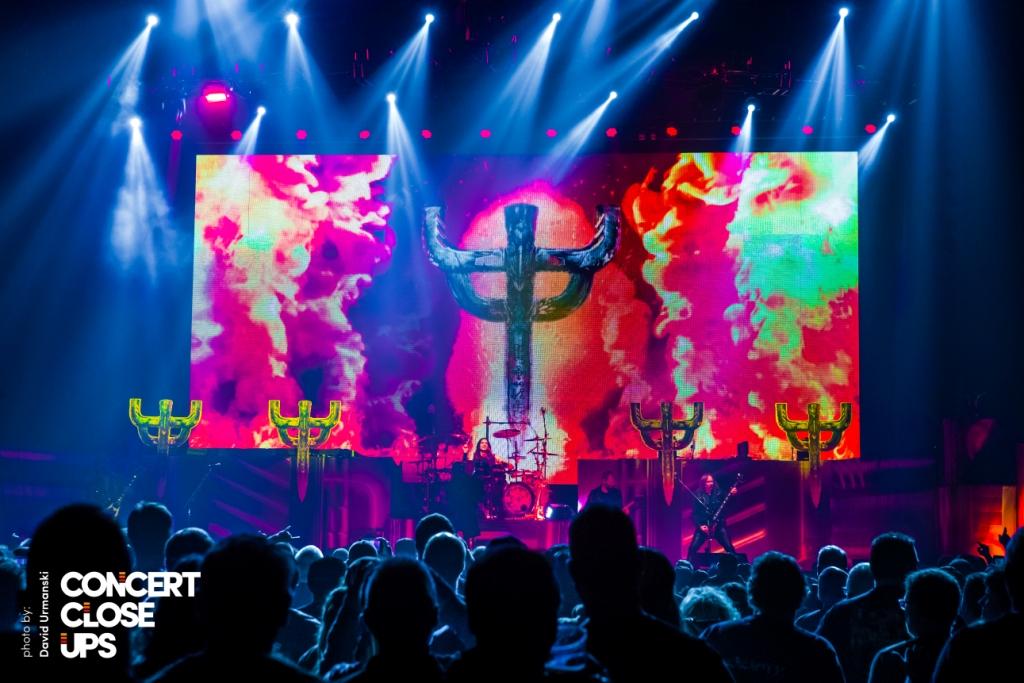 Frequently ranked as one of the greatest metal bands of all time, Judas Priest graced over 4,000 devoted metal maniacs with their presence Thursday night in Green Bay in extraordinary heavy metal fashion despite the recent departure of legendary guitarist, Glenn Tipton, as a result of his challenging progression with Parkinson’s after being diagnosed with the disease 10 years ago. Although Tipton will be missed by fans and bandmates alike after a 44 year commitment to the band, he knows the show must go on and that it exactly what happened with the current line-up consisting of Rob Halford on ear-piercing, operatic vocals along with guitarists Richie Faulkner and Andy Sneap, bassist Ian Hill and drummer Soctt Travis.

In fact, the band was firing on all cylinders Thursday night in support of their eighteenth studio album “Firepower” and 50-date world tour which kicked-off in mid-March and concludes on August 10th at the Bloodstock Festival in Catton Hall, United Kingdom. With over 50 million records sold since the band formed in 1969, Judas Priest had a plethora of material to choose from when building their set-list for the evening which included 18 of their greatest hits such as “Breaking the Law”, “Hell Bent for Leather”, “You’ve Got Another Thing Comin'” and “Living After Midnight” as well as new releases “Firepower” and the latest album’s first single “Lightning Strike”.

The “Firepower” album was recorded from March to June 2017 at Backstage Recording Studios in Derbyshire, United Kingdom and co-produced by Tom Allom and current guitarist and Grammy Award-winning producer Andy Sneap and listed as one of the “Top 25 Most Anticipated Albums of 2018” by the largest guitarist community website Ultimate-Guitar.com. As a highly influential heavy metal band for nearly five decades, earning them the nickname “Metal Gods” from their song of the same name, Judas Priest proves they can still write and record great works and easily transfer the sound and energy from their albums to the stage with little to no effort.

SUGARLAND has announced a summer tour with rotating female singer-songwriters as their openers. There will also be a Live EP released February 28th with recordings of “Babe,” “On A Roll,” and “Bigger.” For tickets, music, […]