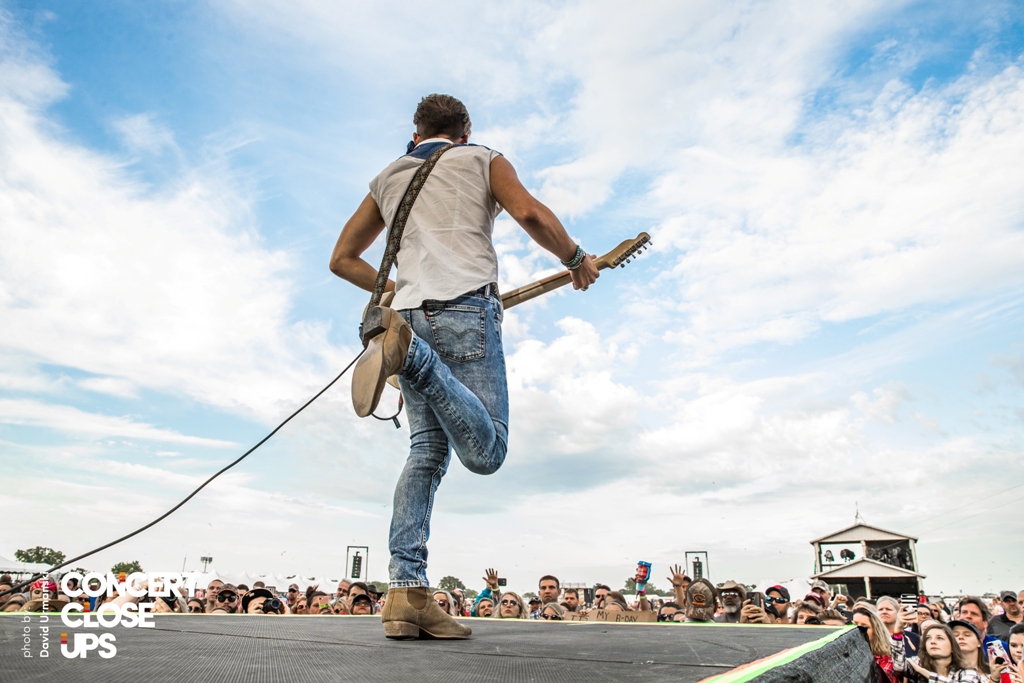 BAND BIOGRAPHY: CHASE BRYANT
Music defines Chase Bryant. At every level and in often unexpected ways, his truths are expressed in melody, lyrics, hooks and sounds … but his reality goes even deeper than that. Bryant’s heritage is defined by music. His upbringing, his craft, his inspiration and his obsessions are all centered in the same – which is good – because there’s no other way to explain how a 23-year-old Texan could already be a top-flight guitar player, head-turning songwriter, RED BOW recording artist and co-producer of his debut album.

Bryant focuses his muse on the commonalities people share. “We all have a destination,” he says. “We all have dreams we want to follow. I‚Äôm no different than anybody else, I just sing about it. It’s my job to put the party on and give people a good reason to have fun.” And that he does, whether it’s in the soaring groove of “Summertime Saturday High,” the sparkling “Fire,‚Äù unabashed romanticism of “Change Your Name‚Äù or the vocally-charged, guitar-shredding debut single “Take It On Back.”

Raised in Orange Grove, TX (pop. 1,200), Bryant’s grandfather played piano in Roy Orbison‚Äôs first two bands and, later, for Waylon Jennings. His uncles co-founded the group Ricochet, which had several hits in the ’90s. “From the time I was a kid, the only thing I wanted to do was play music,” he says.

“I was two or three years old and heard Jerry Lee Lewis‚Äô ‘Lewis Boogie’ come on my grandfather‚Äôs record player. I remember hearing him say, ‘My name is Jerry Lee Lewis and I‚Äôm from Louisiana’ … and I had an identity crisis! I thought I was Jerry Lee and would walk around saying that. In school, I was the odd kid. There were 20 guitars in town and I owned all of them.”

Conway Twitty, Merle Haggard, Tom Petty, Vince Gill, Bob Wills, Steve Wariner, Bryan Adams and more were early influences, but a confluence of releases brought him to a turning point. “Keith Urban’s Love, Pain & The Whole Crazy Thing and records by Sarah Buxton and Jedd Hughes did it,” he says. “I knew I wanted to play mainstream country ‚Äì I always knew. But those records told me that I could be that and still write guitar riffs that would stick in somebody‚Äôs head.”

“I never wanted to be anybody else,” he says. “My grandfather always told me ‚Äòyou can’t be good at being anybody else. You can only be good at being yourself.‚Äô” Songwriting was an integral part of his development. “It goes back, of course, to getting my heart broken in school,” he says. “Some girl broke up with me ‚Äì¬†I may have been 11 or 12, and I just wrote it down. I was never great at reading, but I liked words, phrases and sentences. The only way I knew to let people know me is through writing. I’d just look at my life, grab some paper and put it down.

“The other thing I’d do is have melodies playing in my head. Something would pop up and I’d just go, ‘There it is.’ ” Encouraged by his parents, particularly his school-teacher mother, he graduated early and moved west. “All I wanted to do was play music and Los Angeles was my first attempt,” Bryant says. “Somebody asked me to go out there and write for this little company and I took the first flight. The dream was that simple, but you can’t stop before the miracle happens. You have to keep going. And I feel like it was a miracle just making it out of Orange Grove. I loved L.A., but Nashville is where I wanted to come. I probably wrote 400 lousy songs before I wrote my first good one. But one good one was enough to get Nashville managers, pluggers and publishers on board.”

Because of his Roy Orbison connection, someone suggested a meeting with Roy’s widow, the late Barbara Orbison, a prominent Nashville publisher, who signed Bryant on the spot, making him her final signing before she passed. That road led Bryant to BBR Music Group imprint Red Bow Records, to which he signed in August 2013. During one early meeting, Founder Benny Brown, notoriously picky about working with producers, surprised Bryant. “He’d listen to my demos and say, ‘Where did you cut that?’ or ‘Who produced that?’ And I’d always say, ‘In my closet. Cut it myself. Played it myself.’ Benny trusted me enough to co-produce with Derek George (Randy Houser, Joe Nichols). He gave me the reins, which was something I always wanted.”

Brown’s confidence was noteworthy if for no other reason than the fact that Bryant is completely self-taught as a producer. “There were no studios in Orange Grove,” Bryant explains. “My parents took me to a Guitar Center and let me get what I needed. From there, I started building little tracks that I would listen to in the car and compare with what I heard on the radio. I taught myself how to make stuff sound bigger and better.‚Äù

Despite being on the cusp of exceptional achievement for someone so young (having recently been named one of ‚ÄúThe Best Things We Saw at CMA Music Fest 2014‚Äù by Rolling Stone) Bryant sees little difference between himself and the audience. “We’re all fans,” he says. “We’re all friends. And the music is our connection. To me, it’s a lifelong relationship and we’ll all get where we’re going together. That’s the beauty of music. This is the first chapter of my book, and I think people will find it defines where they’re at just as much as it defines where I’m at — because we’re the same ‚Äì I’m just the guy with the guitar. If I wasn’t, I’d be the guy on the front row with his arm around his girl raising a glass to the guy onstage. No question. It’s just who I am. Music is everything.”

Lauren Daigle coming to Resch Center on May 30th

One of Country music’s most powerful voices, Martina McBride, will hit the road again this holiday season for the ninth season of The Joy of Christmas Tour, an evening of musical whimsy that will warm […]