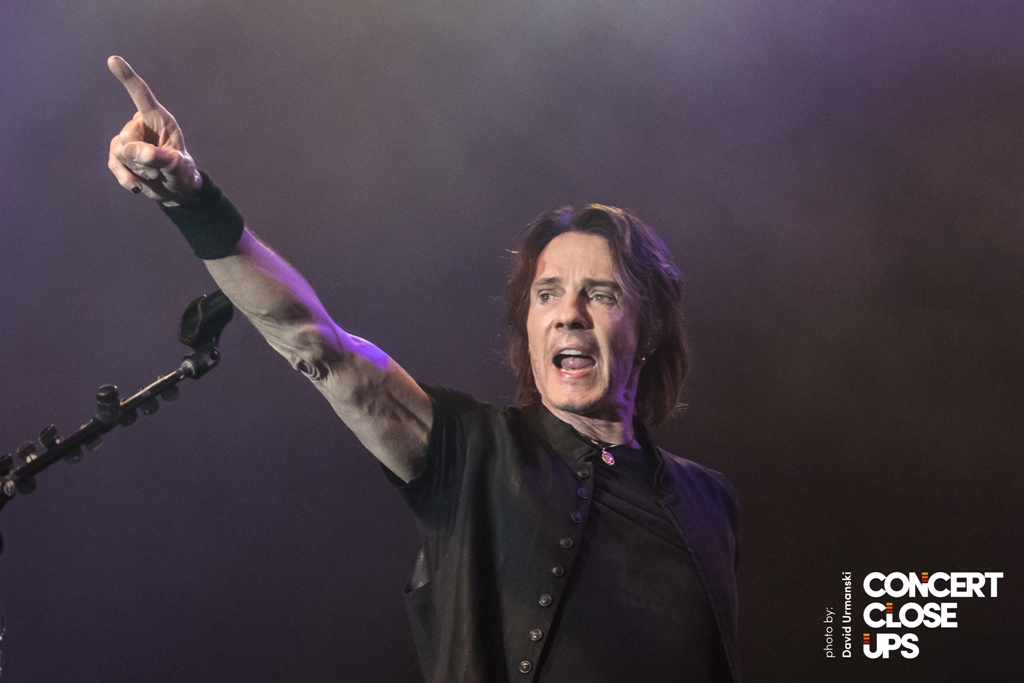 North Star Mohican Casino Resort was the perfect venue for a sold-out, Valentine’s Day treat from Rick Springfield. On Friday, February 14th, our favorite 80’s heartthrob was welcomed with outstretched arms by concert-goers in Bowler and returned the favor by performing a solid, 90-minute set to the jam-packed audience in the beautifully lit room within the state-of-the-art gaming resort located in the Wisconsin Northwoods. Springfield’s biggest fans gathered to dance the night away which proved to be a great distraction from the frigid temperatures outside.

Hailing from down under, the musician was originally in one of Australia’s most-loved bands of the late ’60s and early ’70s, ZOOT, until he left to begin his solo career in 1971. His debut single, “Speak to the Sky,” made it to top 10 on the charts and sparked his career, thus leading him to move to the United States soon thereafter. “Jessie’s Girl” topped at number one and assisted him in receiving a Grammy Award for Best Male Rock Vocal Performance. Springfield also participated in a mild acting career and stole the hearts of millions around the world. 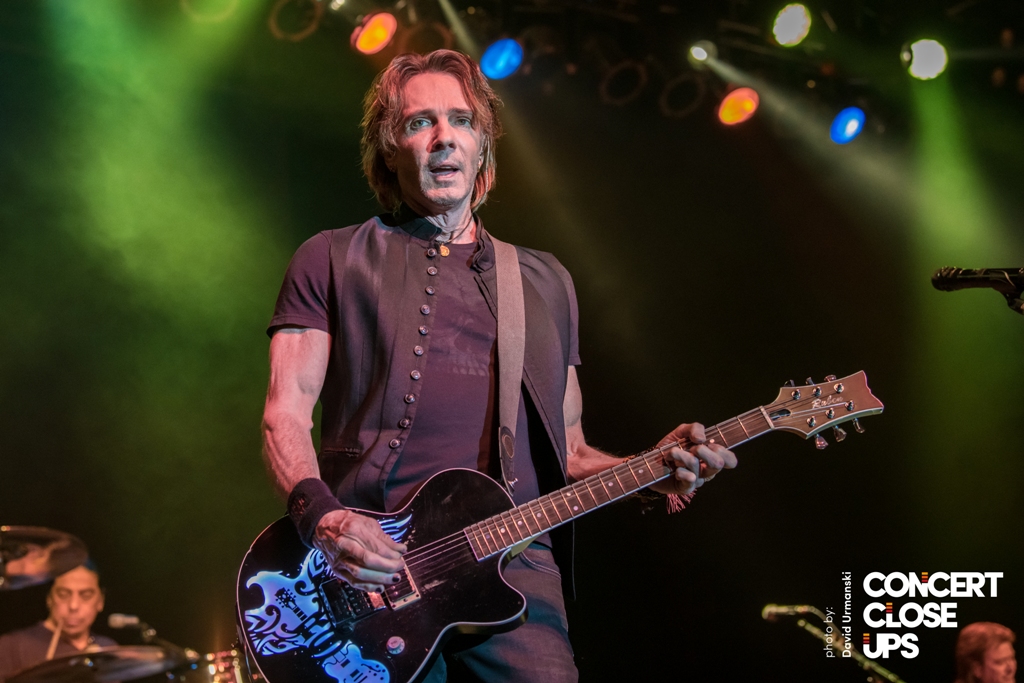 Rick and his band performed a healthy mix of old favorites and brand-new songs, keeping the audience engaged throughout the entire evening. To kickstart the show, the band played two from Living in Oz, released in 1983, as well as a few tracks from his two latest albums, The Snake King and Orchestrating My Life, released within the last three years. To the rear of the stage was a large screen that played everything from music videos and movie clips to graphics synchronized to the band. It was really cool to see how Rick and his music have evolved over the years. Early on in the show, he mentioned he was 70 years young, but you would never have guessed it at first glance. He continues to be extremely energetic jumping around and roaming side to side from stage right to left in attempt to keep the entire audience involved and entertained and even managed to chase his fellow band members across the stage while hitting every vocal note and guitar chord without missing a beat. 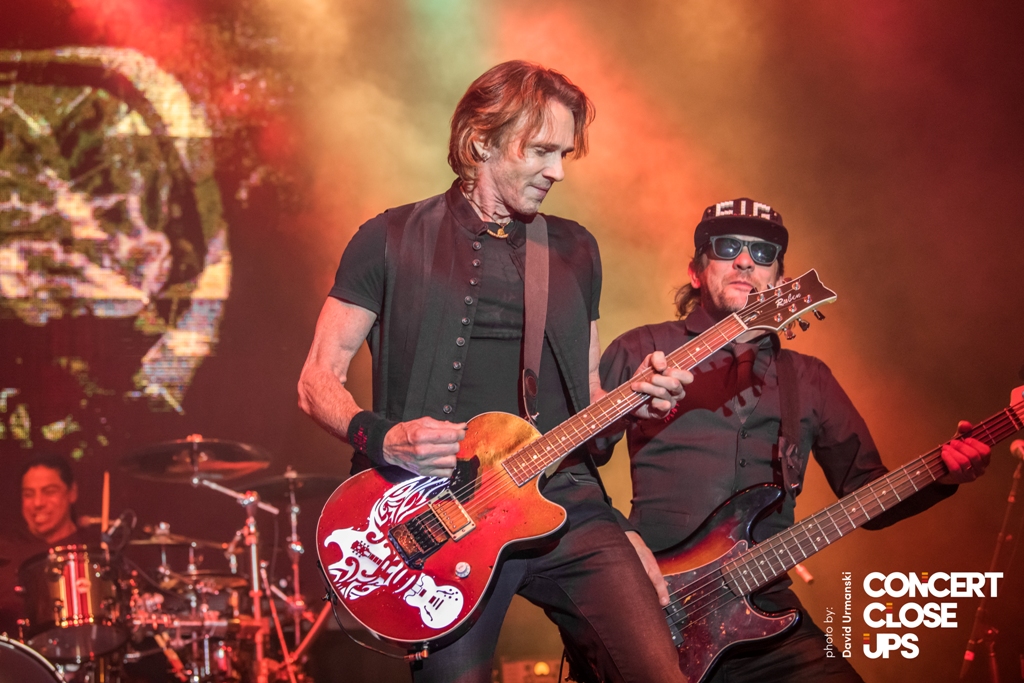 The playful set was mixed with a handful of covers to include “867-5309/Jenny” by Tommy Tutone and “Jailhouse Rock” from the King of Rock and Roll himself, Elvis Presley. During these two songs, the “Voodoo Doll,” “Little Demon,” and “Jessie’s Girl” music videos were displayed on the big screen while the band imitated the choreography. During this next song, the graphics transitioned to showing some extraterrestrial friends coming to visit planet Earth.

One of Springfield’s most successful songs to date, “Don’t Talk to Strangers,” was released in 1982 and proved to be a crowd-favorite based solely on Rick’s interaction with the audience. Rick, quite literally, threw a padded microphone into the crowd several times for fans to sing along with the band. Whether overly confident or equally tipsy, fans did their best to impress Rick and the audience with their 15 seconds of fame and added a bit of comedy to an already spectacular performance.

As if the singalongs didn’t engage the crowd of concert-goers enough, during his next piece, “Human Touch,” Springfield came into the crowd. The audience went wild as die-hard fans rushed to his side and posed for selfies while others were dead-set on receiving a hug from the rock legend. His long walk through the crowd eventually brought him back to the stage for just one more song, “Love Somebody,” before the band exiting stage right.

It wouldn’t be a true Rick Springfield performance without closing the night with “Jessie’s Girl.” The extended version of the fan-favorite brought the audience to a loud roar from the introduction of the famous guitar riff and carried the accolades through to the ringing out of the final chord. Although it was the end of a memorable and truly amazing show, it was nowhere near the end of the night as many of the music enthusiasts transitioned to the casino to exchange laughs and cocktails while testing their luck on the casino floor. It does not get better than this! 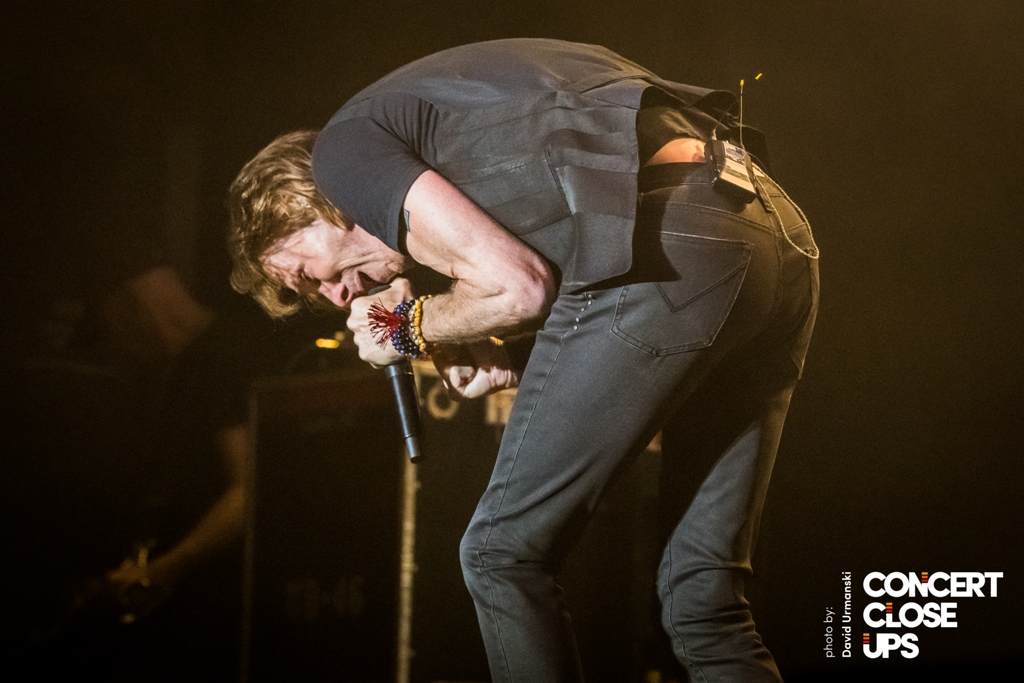 SETLIST:
Affair of the Heart
Light this Party Up
I Get Excited
Little Demon
I’ve Done Everything 4 You
World Starts Turning
State of the Heart
Father’s Chair
Medley of Springfield songs
Love Is Alright
Voodoo House
Noodle/Jailhouse Rock
Strangers
Human Touch
Love Somebody

As president and CEO of Festival Foods, Mark Skogen has held to the value of giving back to the community. Outside of grocery, Mark’s passion is music. So, of course, it’s only fitting that he […]

Atlanta, GA – May 28, 2021) – Powerhouse rockers FOZZY drop their breathtaking, unprecedented music video for “SANE”, filmed on the longest wooden rollercoaster on the planet today!! Get a first-hand view of the madness as the band literally defies […]