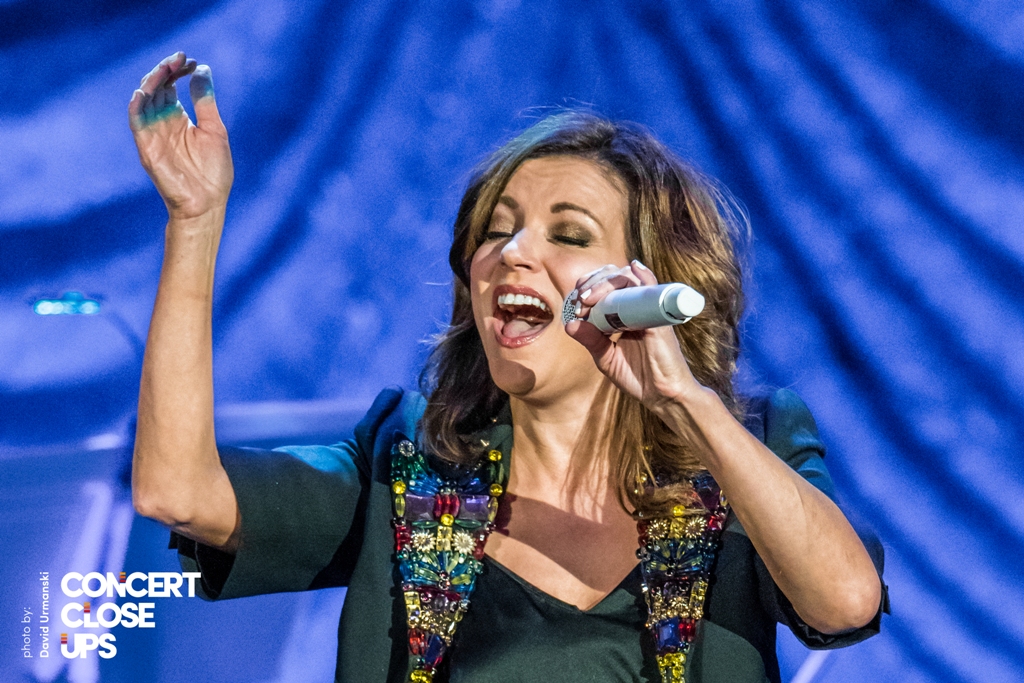 One of country music’s biggest names, Martina McBride, returned to Green Bay Thursday night bringing “The Joy of Christmas” tour back to the Resch Center for the second time since 2013. This is the ninth straight year McBride has taken to the road for the popular holiday tour and it’s now become a highly-anticipated evening of fanciful and joyful music delighting audiences nationwide as we head into “the most wonderful time of the year.”

McBride is a three-time Academy of Country Music “Top Female Vocalist” award winner, four-time Country Music Association “Female Vocalist of the Year” and GRAMMY®-winning recording artist. She has sold more than 18 million albums and garnered many #1 hits throughout her career. The Joy of Christmas holiday show has become a sought after ticket in any city the tour stops in. It was originally inspired by McBride’s first Christmas album “White Christmas,” released in 1998, even though it would be four years later until the first tour. McBride released her second holiday collection, “It’s the Holiday Season,” in 2018 and is currently zigzagging across the United States on 14 date trek in support of the release. 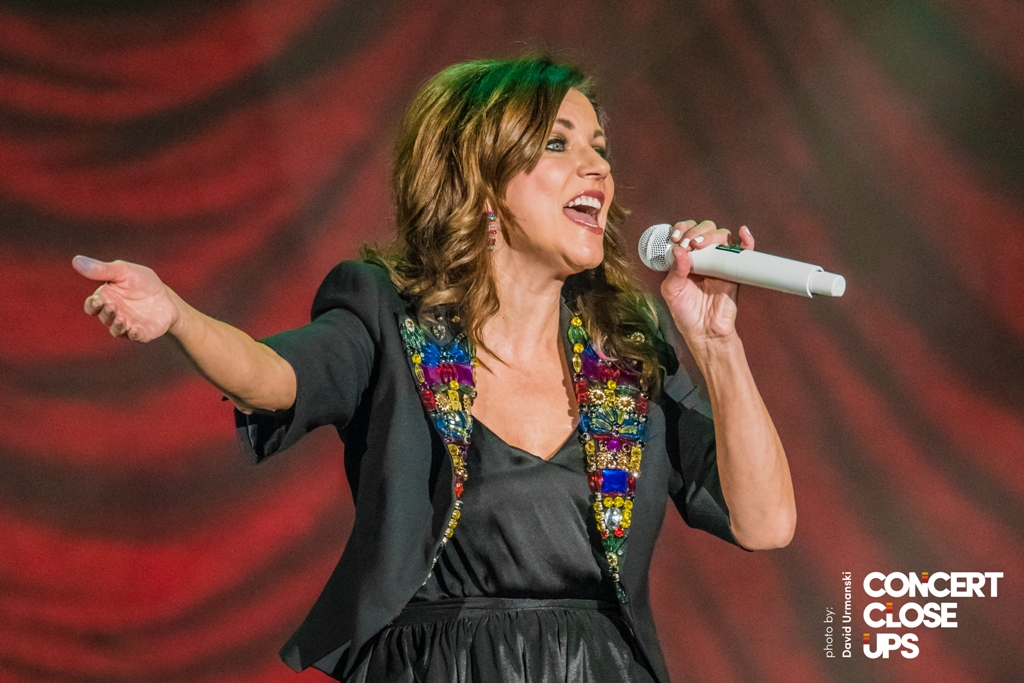 Through a perfect mix of elegance and showmanship, coupled with an extremely talented 14 piece band, the arena was transported back in time to a big-band era version of a winter wonderland. The country music superstar and her powerful soprano voice, along with no fewer than seven wardrobe changes, delivered heart-felt renditions of timeless holiday classics proving time and time again to everyone in attendance why she is called the ‘Celine Dion of country music.’ It all made for a welcome return of McBride to the cozy, but nearly-full house, setting perpetuating a phenomenal performance which included warm and fuzzy monologues, unique surprises and familiar, first-rate music making for an evening reminiscent of a family reunion.

Family is paramount to McBride who left millions on the table to be at home with her children, more often than on the road or in the studio, and she made sure to remind the adoring crowd of concert-goers why Green Bay will always hold a similarly important place in her heart. After the horrific attacks of September 11th in 2001, it was McBride who sang the national anthem at the first Monday Night Football game following the tragic event, which took place at Lambeau Field in Green Bay. She explained during her performance, “I really feel like I had sang the national anthem so many times before that, but after 9/11 … it took on a whole new meaning.” Of course 9/11 is seared into America’s consciousness, but the rousing applause of agreement to her warm words resonated with many in the audience who remember and appreciated her moving performance that day. This was one of two moments during the evening where the audience responded with roaring applause.

The show had many magical and special moments sprinkled throughout, not unlike tinsel on a Christmas tree. During one segment, the country singer turned storyteller as she read aloud the beloved Dr. Seuss classic, “The Grinch who Stole Christmas” while the band provided accompaniment. During “Blue Christmas,” McBride had a very special guest with Elvis Presley appearing on the large video screen joining in on the duet. However, one of the most enjoyable parts of the show was when McBride left the stage and walked around the floor of the Resch Center Arena to chat with fans, take a few pictures and share a few hugs while the band played lightly in the background. The opportunity to witness McBride interact with her fans provided plenty of humorous moments and continues to be one of McBrides favorite segments of the show.

One of the highlights of the evening was during one of the wardrobe changes when the video screen delivered messages from deployed service men and women to their family and friends back in Green Bay. It was an emotional moment filled with pride and sadness over those that have to be separated from their loved ones over the holidays. When McBride returned to the stage, she welcomed a group of service men and women to the stage to introduce them to the audience resulting in a standing ovation. She topped off the emotional segment by performing an inspired version of “I’ll Be Home For Christmas.”

Early on in the show the powerhouse vocalist proclaimed, “If you’re not in the Christmas spirit when you leave here tonight, then there is no hope for you!” From the state of the pleased and festive crowd following the evening performance, either she delivered on her proclamation or all the Scrooges and Grinches of Northeast Wisconsin were elsewhere for the evening. Should any partypoopers been in attendance Thursday night, they were well severed as the talented McBride’s holiday tour proved to be a place where Christmas comes alive and was a fitting addition to anyone’s holiday itinerary. 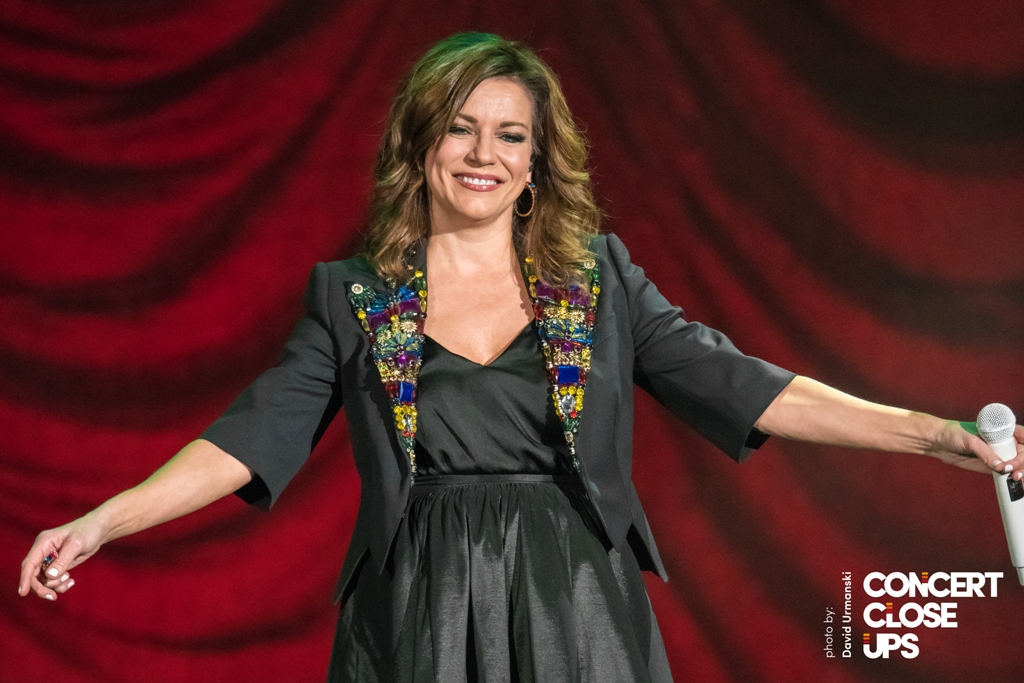 TRANS-SIBERIAN ORCHESTRA’S ALL-NEW SHOW BRINGS BACK THE PHENOMENON THAT STARTED IT ALL – ‘CHRISTMAS EVE AND OTHER STORIES’ 2019’s Winter Tour to Bring Classic Album to the Stage With Brand-New Production, Staging & Effects RESCH […]